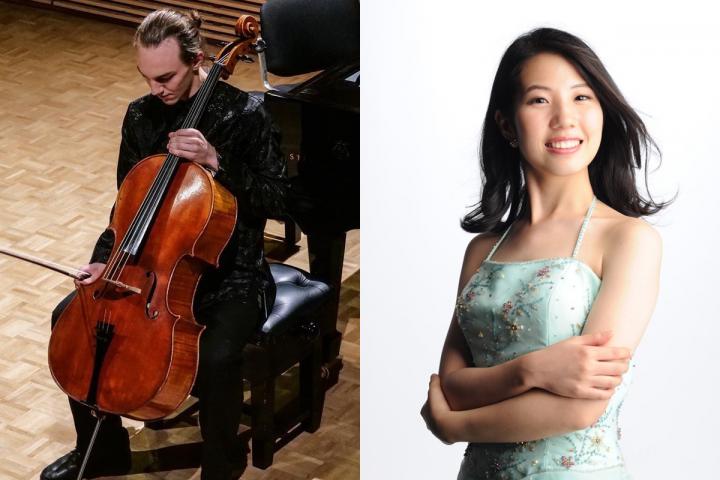 Both artists are students of the Royal Northern College of Music and they will be performing works by Bach, Brahms and Shchedrin.

Julius Jonusas was born in Lithuania and started musical studies at the age of six. During his early career he received 3rd place in the International Young Musician Competition in Estonia and J. Urba International Strings Competition in Lithuania. He enjoyed nine years of education in his home country before moving to Manchester to continue cello studies with Anna Menzies at the Chetham's School of Music.

After graduating from Chetham's, Julius was accepted to study at the Royal Northern College of Music where he is now a third year undergraduate student learning with Nicholas Jones. Julius greatly enjoyed playing Brahms sonata with the pianist Kanako Mizuno when they became finalists in the prestigious RNCM Barbirolli prize for cello.

Kanako Mizuno was born in Japan. In 2017 Kanako graduated from Toho Gakuen School of Music with a Bachelor's degree. In September 2017 Kanako entered the Royal Northern College of Music in the United Kingdom with Colin Stone on an entrance scholarship.

Light lunches will be served from 12 noon and the recital commences at 1pm. Admission to the concert is by programme £6.00, available at the door.

Jean Walker said "The chosen charity for this month's concert is "Food for the Hungry" – a rather appropriate choice, as October 16th happens to be World Food Day!"