Fresh proposals to save Alderley Edge Library from closure 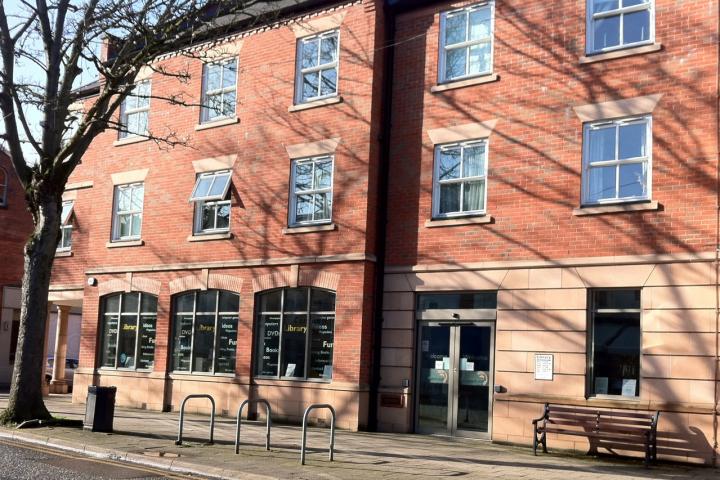 Cheshire East Council have revised their proposals to shut Alderley Edge library, instead they are considering alternative arrangements which would avoid its closure.

However, they have reconsidered these plans following residents' feedback on the pre-budget consultation and a campaign by local residents to save the village library.

More than 50 local people came forward offering to help as volunteers in order to keep the library open.

Additionally sisters - Alice, 7, and five year old Iris - who attend Alderley Edge Community Primary School, set up a petition and managed to collect over 600 names from school children, Brownies, Guides, Rainbows and children from their dance school to save the 'community hub'.

It is proposed that the library will remain open for five half-days per week, allowing Cheshire East Council to reduce costs by paying for lunchtime cover for regular staff.

Councillor Craig Browne, who campaigned to save the library, said "A report with the revised proposals to keep Alderley Edge Library open for five half-days a week, will be put before Cabinet next Tuesday and then before full council on 22nd February for ratification. I intend to speak at the Cabinet meeting and to present the relevant portfolio holder with a hard copy of Alice & Iris' petition.

"During the consultation period, over fifty local residents have approached me and offered to give their time to help keep the library open. I now intend to ask Cheshire East Council to work with the group to help extend the proposed opening times, which I think is key to encouraging more people to use the library in future."

He added "This is extremely good news, but we all have a responsibility now to use our library as much and as often as possible to ensure that it is not placed under threat again in future."

A Cheshire East Council spokesperson said: "I can confirm that fresh proposals are to be considered, which could avoid the closure of one or more of the borough's public libraries.

"If approved by the council's cabinet and full council, then libraries at Disley and Alderley Edge may remain open with reduced hours and overheads, while Prestbury Library would continue as usual owing to an increased contribution from a local community group.

"The council has listened very carefully to the feedback from residents and we have taken on board the level of concern in each case, should a local library have to close.

"Therefore, these latest revised proposals will be included within the proposed council budget for consideration and it must be stressed that, at this stage, they are only recommendations."

A link to the cabinet paper can be found here (page 12).

Nadine Morgan
Well done! Great news, thank you for all your hard work to save the library.

Kristina Hulme
Well Done Craig and that is brilliant news for the village community.

Roy West
Well done Craig and everyone who has volunteered, let us hope that Craig gets the support that this deserves.

Helen Gaughan
Well done to Iris and Alice !!!! Perhaps they could be commended officially ?? Thanks to the 600 people who signed the girls' petition , AND the 50 people who offered their services voluntarily !! What great community spirit ! We all must now continue to use our library and promote the services that it provides . I , for one , regularly use the photocopier for work and personal stuff , AND take advantage of the free 1 hour use of the computer , and print off documents if the printer at home isn't working !! Also our library is well-used by the Rhyme-Time parents and tots , likewise the little people from the village schools visit often .... Thank you CEC for seeing sense and everyone who was involved in saving OUR village library !!

Rebeccca Postles
Thank you so much to all those that have helped to prevent the library from closure. I attend two classes weekly with my daughter who is 10 months old. These classes are lovely wholesome classes which I know so many of the local parents appreciate.

Natalie Husdan
My family and I are over the moon! Awesome community response, well done to everyone who helped halt the sad plan of closing the library