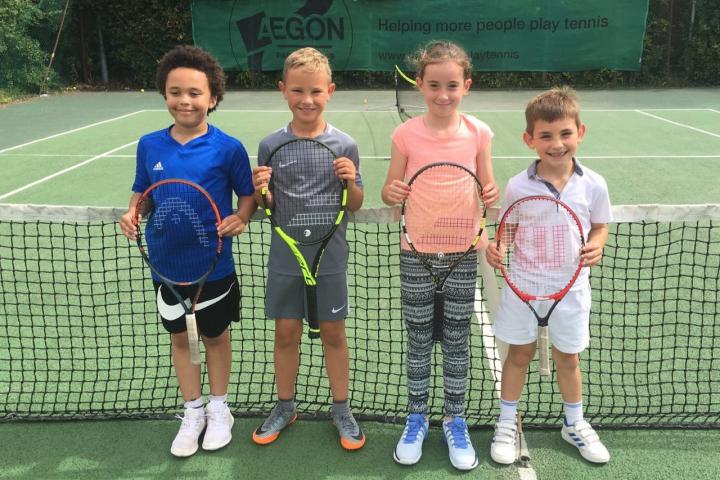 Youngsters at Alderley Edge Tennis Club are celebrating another success after the club's mini-red A team triumphed in their county finals against Cuddington and Sandiway.

Ruth Samuels, Junior Chairman commented "With two of the team regulars away, Moses and Harry stepped up and played some fantastic tennis in supporting the regular members of the team - Ted and Eva."

The final result could not have been closer - at 16 sets all, the points scored were counted up. Alderley Edge won by a whisker - with only one point separating the two teams.

Head coach Stuart Murray commented "It's great to see the youngest team in the club doing so well. It is the start of their tennis journey."

Ruth Samuels, Junior Chairman commented 'Stuart Murray the Head Coach and Allan Morton, Assistant Coach, have developed the children's tennis in the last couple of years. It is now great to start to see the fruits of their labour. The children thoroughly enjoy their tennis and there is a great team spirit and camaraderie. It is fantastic to see them supporting each other at such a young age."

This weekend sees the Under 18 boys competing in their county finals.

In the same week Head coach Stuart Murray was invited to the Presidents lunch at Wimbledon in recognition of his achievement as the Lawn Tennis Association Northern Region Coach of the Year. Stuart and his wife Aisling joined his fellow regional award winners at the celebratory lunch and afterwards they enjoyed watching tennis on Centre Court.