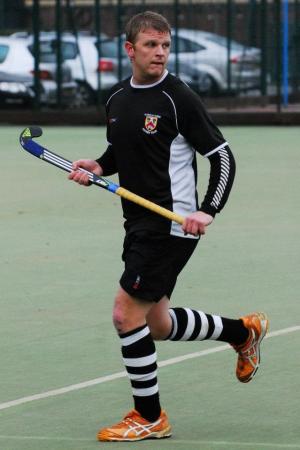 Two more Alderley Edge teams were crowned Champions this weekend, as both the Men's 4s and Ladies 2nd teams took unasailable leads at the top of their respective divisions. This adds to the titles won by the Men's 3s and Ladies 1st team last week and the Men's 5s top their league with just one game to go.

The Men's 4s wrapped up the title in spectacular style, playing away against South Cheshire they ran out convincing 9-0 victors against rugged opposition. Scorers were Chris Hall (3), Ben Hodkinson (2), Richard Williams, Tom Scott, Louis Godfrey and man of the match Dan Farrer.

The first team hosted 3rd placed Preston in North Premier, looking to continue their excellent form. Preston started the brighter and had Alderley on the back foot. They took the lead when a forward broke into the D and finished well on the reverse side. Alderley threatened in spells but could not hold possession high up the pitch. Preston increased their lead when they scored a fine individual goal.

Alderley started to get a foothold in the game and won a couple of corners from the second Adam Wildig deflected in Scott Mattingly's shot. Before half time Preston had restored their two goal lead as Rob Hughes was unfortunate as he got the final touch on a cross from the baseline.

A strong tactical team talk at half time did the trick as from the first attack of the half Hughes sent Ben Gregory through and his reverse stick cross was finished with a fine first time deflection, that is becoming a trade mark finish for Wildig. Immediately at the restart Sam Gregory intercepted a pass and headed for the D, but his cross narrowly failed to reach it's target.

Preston sat back and looked to play on the break but it backfired as additional Alderley pressure resulted in Wildig being able to grab his hat-trick and level the scores.

Preston awoke from their slumber and began to cause more pressure on the Alderley backline but Badger, Cook and Kay are in fine form and continued to defend solidly. Both sides went close and it was Preston who took the lead when numbers in the D gave them an opportunity at the back post which was squeezed over the line. Good skills almost created another goal but Riley stood up well and the opportunity was cleared.

Alderley were still looking sharp going forward and as the game progressed into the final five minutes Alderley began to press higher up the pitch and they got a deserved equaliser when Joe Gregory clipped a pass towards Jame Warburton who finished with aplomb into the roof of the net. Both teams pushed for a winner, Preston tried to manufacture a corner in the dying moments but the defence won out, the ball was played to Ben Gregory who ran half the length of the pitch before passing to Warburton who fired towards goal where Joe Gregory's touch seemed to deceive the 'keeper who only partially stopped the ball and Ben Gregory had the simple task of finishing from right on the line. There was barely time to restart as time expired and Alderley took a 5-4 victory.

The 2s had a mixed weekend going down 5-4 at Winnington Park, despite James Warburton's hat-trick. They moved to 4th place in North league 2 on Sunday after beating Northop Hall 3-1 with goals from Josh Towne on debut, Chris Hardy and a smart deflection from Harry Whitehead.

The third team had a Championship hangover and lost 3-2 against Winnington Park 2s whilst the Men's 4s wrapped up the title in spectacular style, playing away against South Cheshire they ran out convincing 9-0 victors against rugged opposition. Scorers were Chris Hall (3), Ben Hodkinson (2), Richard Williams, Tom Scott, Louis Godfrey and man of the match Dan Farrer.

The fives kept up their title ambitions with a 4-1 victory over Brooklands, goals from Rob Thompson, Ed Kennon and two from Fin Allenby. They top the table by one point.

The sixth and seventh teams also won 4-1 against Knutsford and Timperley respectively.

Photo: Adam Wildig scorer of a hat-trick this weekend.