Hockey: Alderley edge up the league 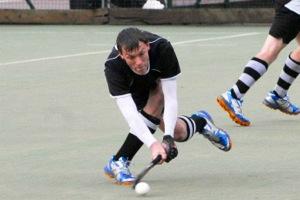 Alderley Edge Men's 1st team have made it two wins in a row in the North Premier League for the first time this season after getting the better of Brooklands this weekend.

Alderley started the brighter and were putting pressure on the backline of Brooklands whilst no clear cut chances were created. When Brooklands tried to spring forward they found Cook in fine form and he barely missed a tackle the whole game.

Alderley opened the scoring when Wildig was fouled when about to shoot and was awarded a penalty stroke, which Warburton calmly dispatched. Immediately at the restart Wildig won a strong tackle and gave Warburton a simple finish to put Alderley two up.

Brooklands tried to get back into the game but squandered opportunities and penalty corners. Alderley were always looking dangerous on the break and throughout Brooklands struggled with Mattingly's ability to send the ball deep into their territory.

Brooklands were given a way back into the game when they were awarded a penalty stroke of their own when the Brooklands forward failed to make contact with the ball when clean through but Badger was adjudged to have fouled beforehand. The stroke was converted to make it 2-1 at half-time.

Sam Gregory then made his pace tell, repeatedly getting behind the Brooklands full back and linking better with Kay, including one aeriel pass that lead to the award of a penalty corner. From the corner Mattingly dived in to deflect the ball into the net.

Alderley continued to threaten and Brooklands had little in response choosing to run with the ball and finding the Alderley defence in a miserly mood. Warburton then went close from a penalty corner and Ben Gregory had several chances to cross or shoot but alas no more goals came. The game petered out as Hughes and Joe Gregory bossed the middle of the pitch, although Brooklands had the chance of a late consolation. They were awarded a penalty corner as time expired, but even with 10 men in attack, the routine resulted in a mis-hit shot which Cook comfortably kept out.

The result moves Alderley up two places in the table and looking forward to the rest of the season.

The third team with nine U18 players in the team maintained top spot and an eleven point lead in their promotion race with a fine team performance which gave them a 4-0 win over Chester. Goals came from Andy Walker and three from U16 players Will Hughes, Josh Towne and England U16 squad member Callum Middleton.

The 4s had an away trip to Wrexham and won by a single goal in the hail, rain and wind. A fantastic run by Louis Godfrey beating 4 players set up Chris Hall for the winner. Wrexham put all 11 players behind the ball for the whole game and seemed to be happy to keep the score down. Big matches against their title rivals come up in the next fortnight with Neston on Saturday and Denbigh the following week.

The 5th team are 1 point off top spot after winning away at Crewe 2-0, with goals from Chris Sinton and Tom Smith and starring performances from Fin Allenby and Jim Martin.

The 6s took a point off Sale in a 2-2 draw. The 7th team had a fine 4-1 win over Triton. The second team had their game postponed.

Photo: Chris Cook Man of the match for AEHC vs Brooklands.