King's becomes the first school to win a Gold Award 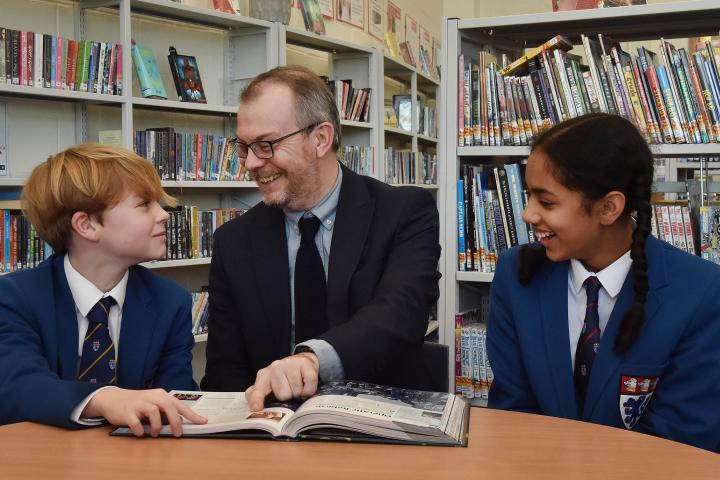 The King's School has become the first secondary school in the UK to win a Gold Award for the quality of pupil learning from 'The Learning Organisation.'

King's has been working with this internationally renowned educational consultancy for the last eight years to embed a teaching method that enhances its pupils' reasoning, resilience and questioning skills.

Overseen by King's Deputy Head responsible for the school's academic life, Richard Griffiths, the philosophy adheres to the Martin Luther King doctrine, "Intelligence plus character; that is the goal of true education," which is emblazoned in the entrance hall of King's new £60 million campus in Alderley Road.

Richard said: "Our ethos isn't just about pupils getting good examination results, but rather a preparation for university and life beyond their formal education. We want to instil skills that will serve them throughout the rest of their lives."

In 2018, King's was the first school nationwide to win the Silver Award and was prepared to go for Gold in 2020 before the pandemic caused an inevitable delay.

Richard said: "The pandemic has definitely affected some pupils' confidence and resilience here and across the country which makes progress to the Gold standard even more important for their learning habits."

The aim is to improve the pupils' independent learning, ensuring they think and discover for themselves, rather than learn by mere repetition.

Richard said: "Our pupils must think for themselves. We do not believe they are just vessels to be filled."

The philosophy is drawn from the work of leading educational psychologist Professor Guy Claxton. To this end, King's 70 plus teachers in the senior school have been taking full staff and small group training sessions. Advisors have also been working in class with teachers who are then able to sit in on their colleagues' classes to compare and contrast questioning and teaching styles.

Independent project work has also been introduced for all pupils at Key Stage 3, in Year 9 and in the Sixth Form through the Extended Project Qualification programme to ensure pupils complete research projects and are immersed and enthused by the subject matter.

Richard said: "Our Gold Award shows that we have made a full cultural change which all the staff, whether they have been teaching for three or thirty years, have bought into. It's been a fantastic team effort."

Results speak for themselves and though top-quality GCSE and A Levels results are not the only objective, there has been a significant year on year improvement as the new methods have taken hold.

Richard concluded: "King's has always had a holistic approach, in that we want to develop character inside and outside the classroom and the new philosophy extends across our outdoor activities, sporting life, creative pursuits and community projects.

"We have also introduced much more outdoor learning, with outdoor classrooms, working orchards and nature reserves to make the experience more exciting, real and relevant."

Caption: Mr Griffiths with pupils from Year 7 and 8