Cricket: Alderley routed for 46 in low scoring encounter with Nantwich 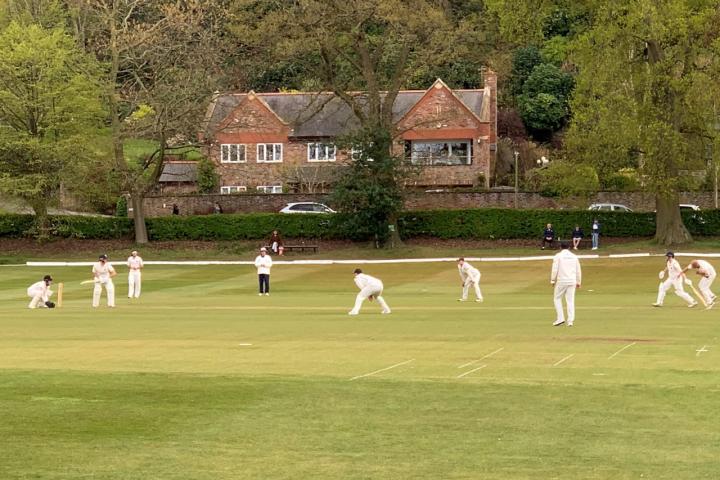 Alderley Edge 1st XI fell to their first defeat of the season on Saturday in a low scoring contest in the Cheshire County Premier League against Nantwich.

Winning the toss and bowling first on a helpful surface at Moss Lane, Alderley had the visitors in dire straits at 16-3 when the rain interrupted proceedings for an hour, Chris Sanders and Richard Wilkinson again proving effective with the new ball in removing the Nantwich top order.

Upon resumption the hosts continued to strike regularly but two key contributions carried Nantwich to what would prove to be a more than competitive total - opener Anish Kapeel surviving several close appeals to notch 27 off 70 balls and number 9 Ollie Griffiths hitting 30 off just 27 balls. Sanders completed a five wicket haul registering 5-41 with Charlie Reid wrapping up the tail taking 3-14 to leave Alderley satisfied with their work at the tea break having bowled out the Cheshire Cup holders for 98 in just shy of 40 overs.

Nantwich, however, began the second innings clinically with the ball and never let up over 19.5 overs to rout the hosts for just 46. Jimmy Warrington was Alderley's tormentor-in-chief claiming 6-27 off ten overs to take 25 points for the visitors, Alderley taking 4.

Alderley's 2nd XI fared better with the bat but also fell to the same opposition at Whitehouse Lane by a margin of six wickets. Batting first, Alderley posted 196 with Shabz Qasim top scoring with 39 and Andy Kennedy striking 34 from the middle order with Freddy Woodfine bagging 4-46 with the ball for the home side.

Nantwich reached their target in 36 overs for the loss of just 4 wickets on the back of opener Chris Simpson's 69 with Jake Pearson contributing 34 before both fell victim to Dil Yahathugoda who snared 2-36 for Alderley who ended the afternoon with 7 points to Nantwich's 25.