Football: U15s finished their season off in style 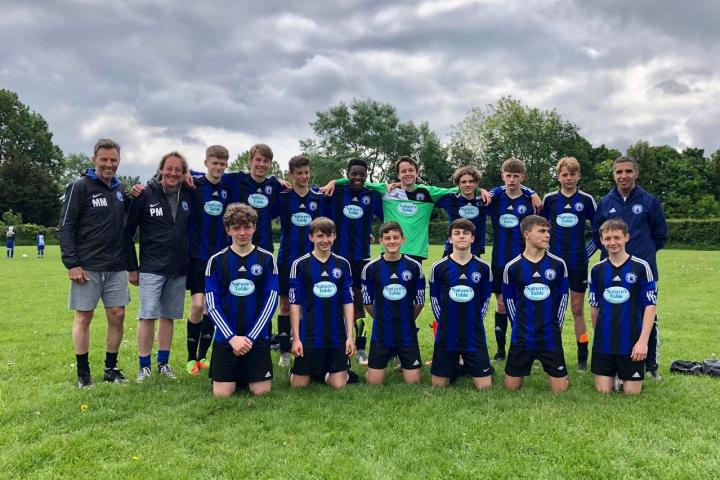 Alderley United's U15s finished their season off in style with a convincing 6-1 win against Urmston on Sunday, 19th May.

The convincing win in the final game of the season meant they were crowned winners of the Timperley and District U15 league.

Andrew Vale said "It was a great team performance against the team in second position in the league, topped off by some fantastic individual efforts, with striker Keyaan Chambers scoring three goals. The result meant that not only have they topped the table, but they also went unbeaten for the entire season."

He added "A great way for the lads to cap what has been a successful season and extremely well deserved.

"A big thank you to the managers and coach who have helped the team achieve so much this season; Mark Murray, Paul Marshall and Ali Isik."