Talented athlete off to Egypt to compete in World Championships 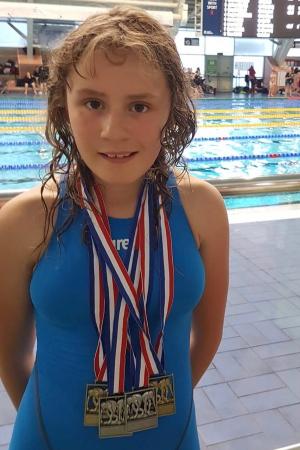 Her mother Alejandra De la O Tello explained "Biathle is a combined sport where athletes run certain distance, then dive into open water or pool and then continue their running until they arrive to the goal. Triathle involves running, swimming and laser shooting.

"Steffi qualified for the first time due to her discipline and training skills and this is the first year she competed in those disciplines going from not being known to a world class athlete".