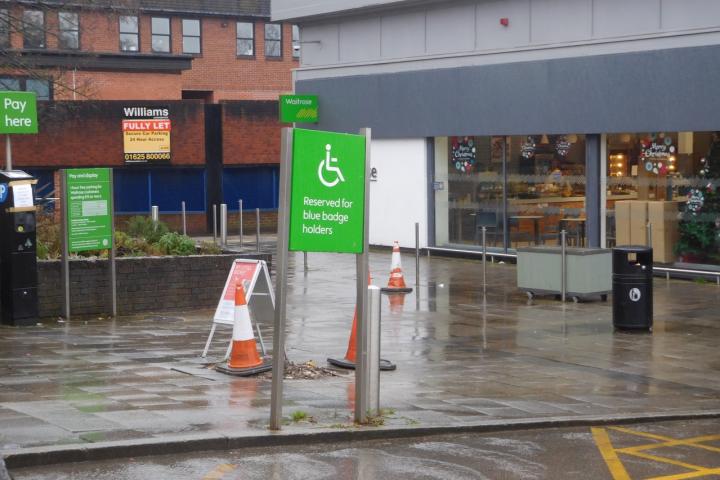 For the third time within a three month period, I have yet again been verbally abused by a driver of one of the 'supercars' that regularly frequent the village.

Not for the first time, I arrived with my seven-year old disabled son at the Waitrose car park to find the disabled bays full, one of which was occupied by a red Ferrari with no blue badge displayed.

On calmly approaching the driver, he wound down his window to say (rather aggressively) that his elderly grandmother was shopping inside the store and quite frankly to mind my own business. I suggested that he ought to display his blue badge, and was immediately met by a barrage of abusive language.

Still unable to park to allow my son access to the store, I sought assistance from the Waitrose staff. As I returned to my car, the driver's,supposed, elderly grandmother had miraculously transformed into an able-bodied 30 year old man who got into the vehicle with no difficulty. After another barrage of X-rated language towards me, he then revved his engine (as only an insecure alpha male can!) and shot out of the car park (hopefully never to return), leaving both me and my son stunned and upset.

We have always loved living in the village and we like the people in this village, but these types of people are ruining the community feel that has traditionally been part of Alderley Edge. What sort of example are these people setting for our children?

Incidentally, the previous incident my wife had was with an Aston Martin driver (again with no blue badge) whose final flourish was a middle finger .... nice treatment to a young (ish) mother trying to park the car with her disabled son.

I'm sure that there are many 'pleasant' super car drivers and as with many things, the minority are, quite possibly, tarring the reputation of the majority with this behavior. I know that some people may recommend ignoring this clearly ignorant character but it is now becoming so tiresome and upsetting.

I'm wondering what we can do to stop this happening and/or reduce the frequency of these upsetting incidents in the village?

Jon Williams
Just the same in the village in the evening, the bus bay near Tesco's is a place they often use while they "just pop in", or near the Bubble Room and the bank. ----SELFISH !

Yvonne Bentley
Surely the size / cost of the car is irrelevant . Ignorant behaviour is ignorant behaviour! What intrigues me is, would the author of the letter still be compelled to write if challenged by the driver of a Fiat Punto ( other small cars may also apply )

Terry Bowes
park behind them and put your blue badge in!! make them wait.

Jo McCabe
You're right Yvonne, the size of the car is not the most important issue here, it just so happens that on every occasion so far it has been this type of vehicle.
Yes ,I would be compelled to write if I'd been spoken to so rudely by any driver.I'm getting a bit fed up of the rudeness and offensive behavior of people in the village and wondered if anyone else has had a similar problem.. whether it be with a fiat punto driver or otherwise?

Verity Williams
I'm with Yvonne. There is a lot of selfish parking from people with all types of cars. The issue is not limited to rich people or expensive cars. The issue is that people are not held accountable for their behaviour.

Cheshire East could kill two birds with one stone. If they hold people accountable for their bad parking by giving them financial penalty tickets, they'll solve the selfish parking issue and raise a truckload of cash at the same time.

Apply penalty points on the licence along with a hefty fine and there will be no innocent victims.

Geoffrey Davies-Palin
As Duncan says to a lot of offenders the cost of a parking ticket is nothing. However if the vehicles were clamped or towed then it may act as more of a deterant. Even that cost may be miniscule to certain people who wouldn't be worried about it. What would detere them is the inconvenience of having to wait for the clampers or having to go and collect their car from the recovery yard

Helen Williams
Eaton drive last year had double yellow lines painted by the school entrance as the parking became so dangerous but every day there are many cars parked on them, selfish parents that think they are the exception to the rule. We need traffic wardens at the very least to deter selfish, dangerous behaviour