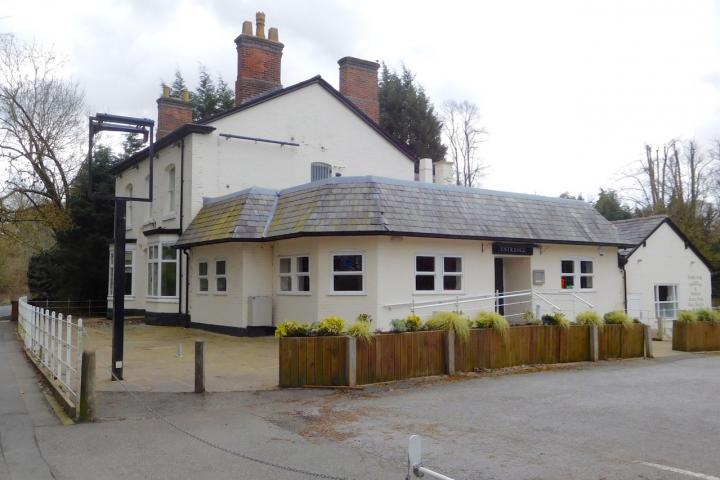 Celebrity chef Raymond Blanc's company is set to open "a proper pub with really great grub" on the outskirts of the village under his White Brasserie brand.

The Oakwood is preparing to open this summer in the premises previously occupied by Loch Fyne on Brook Lane.

This will be the first northern venture for the company which currently has nine White Brasserie pubs located in Teddington, Weybridge, Harrow, Locksbottom, Chobham, Cobham, Ruislip, Berkhamstead and Guildford.

On their website the White Brasserie Company describes their pubs as "warm and welcoming with a unique combination of a traditional pub and a French brasserie ... with an English twist."

A spokesperson for the company said details are still being finalised for The Oakwood so they will definitely get back in touch once they have firmer dates for the opening and other information.

The White Brasserie Company is owned by the Brasserie Bar Co which also operates the Brasserie Blanc chain of restaurants and is run by Mark Derry who built up the Loch Fyne chain before selling it to Greene King in 2007.

Raymond opened his first restaurant, Les Quat'Saisons in Summertown, Oxford in 1977, winning Egon Ronay Restaurant of the Year and two prestigious Michelin stars within a couple of years.

In 1984 he opened Le Manoir aux Quat'Saisons in Great Milton, Oxfordshire which is the only UK country house hotel to have retained two Michelin stars for over 30 years. In 1996, Raymond opened his first Le Petit Blanc brasserie in Oxford. In 2006 the group was re-launched as Brasserie Blanc and there are now some 20 restaurants across England.

In 2008, Raymond was awarded an honorary OBE (Order of the British Empire) by Her Majesty the Queen, in recognition of his services in promoting culinary excellence and for raising awareness about the importance of healthy food as a central element of family life. In 2013 he was awarded the insignia of Chevalier in the Ordre National de La Légion d'Honneur, the highest French decoration.

Stuart Gatley
Great news. Shame we dont need another pub. What more would you need than the Detraff :)

Ian Cook
What a bonus if it can deliver a Michelin star to Alderley Edge!

Christopher Horne
was worried that this was the April Fool - bring back Robin Elstridge and the Brookdene!

Andrew Malloy
Any news on the Knutsford Loch Fyne? Rumour was that they'd bought that one too...???

Steve Savage
Great news....as long as they don't sell out to another big brewery chain! :)

Kirsteen Peel
I haven't been to any of the White Brasserie pubs as yet, but I know from experience the quality and consistency of everything to which RB puts his name.
Le Manoir is my favourite place and I have been fortunate enough to do courses there at the cookery school and experience the wonderful hotel, food and tuition.
Brasserie Blancs are also consistently great quality food at a reasonable cost- I can see no reason why the White Brasserie pubs won't follow this pattern.
Really looking forward to the opening of The Oakwood and my first visit, I'm confident they have assembled a great team to get this venue up and running successfully.

Vince Chadwick
I'll start saving up so I can afford to go in and buy a pint.

Joe Birtwell
I've recently moved to the area and live circa 500 metres walk from this proposed new establishment with my wife and 2 corgis.

As a real foodie, have to say I'm delighted that Raymond Blanc is setting up shop in the locality, somewhere that provides a mix of nice food and decent drinks surely has to be a good thing for the area overall?!

I get the whole debate about encouraging more local brewers to thrive across Cheshire in general, however I must add that having previously lived in an area of South Manchester where there was nothing other than spit n sawdust working men's pubs on our doorstep (which most smart, polished people under 50 will generally avoid like the plague), to be able to walk to a smart pub brasserie now is going to be a real treat, bring it on!!

I'd conclude by saying let's give this new place a chance, successful people in the industry like Monsieur Blanc didn't get there by accident, and if it's anything like most of his other establishments we should be bloody grateful he's chosen to open a new joint in our neighbourhood :-)