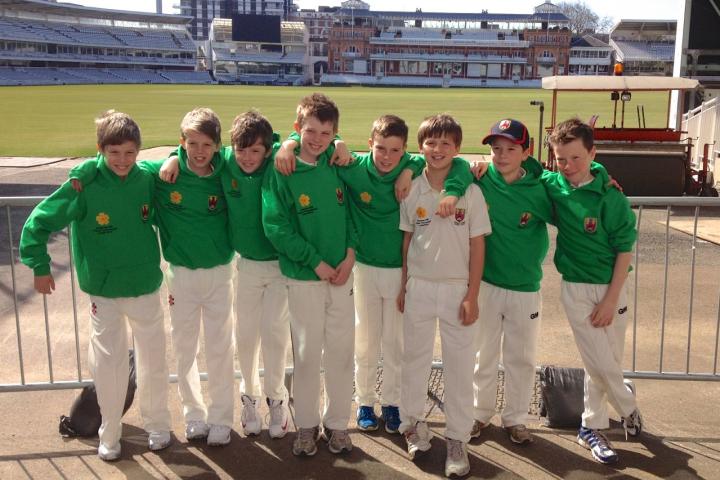 Representing the North of England, they lost their first group game against Glastonbury CC (South West) by just 2 runs before beating Astwood Bank (Midlands) and then Primrose Hill CC (London) by convincing margins, improving in each game.

This meant they had to play Glastonbury again in the final, with Alderley batting first they posted the highest score of the tournament scoring 128 runs before restricting Glastonbury to 108 to take the title. Further recognition was given to team member Alfie Meir who won the player of the tournament after top scoring with 110 undefeated runs throughout the day.

All the players contributed to what was a fantastic experience for the boys who were also treated to a tour of the Lords ground visiting the media centre, Lords museum to view the Ashes urn and the England dressing room in the famous pavilion.