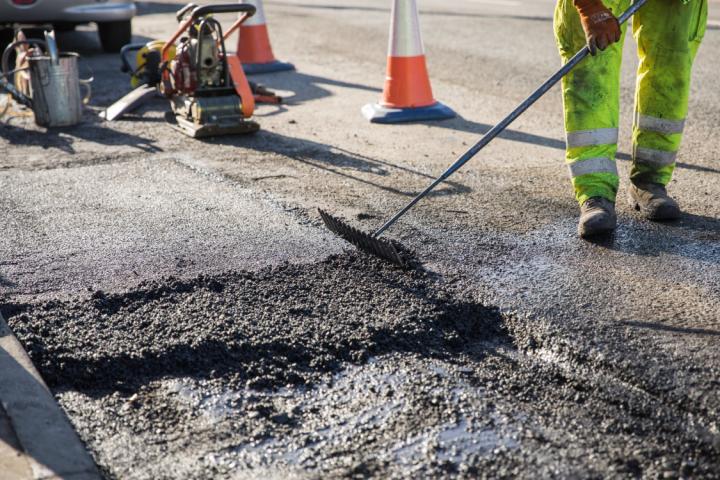 Cheshire East Council has voted to increase its spending on roads maintenance by £19m over the next three years as part of its 'invest to save' strategy, which will be funded by borrowing,

The aim is to help tackle the borough's crumbling 2,700km network and reduce the number of potholes that need repair.

However, government funding for Cheshire East highways was cut by 21 per cent last year and is now being frozen at £13m a year for the next three years.

This means a total highways maintenance spending of £20m next year. However, assessment by the council's strategic highways team shows that £27m is needed to be invested each year just to keep the roads in their current state.

The council predicts the additional £19m spent on highways maintenance will reduce the number of potholes that need fixing by almost 8,000 – saving the council around £575,000 from its reactive repairs bill over the next four years.

Councillor Craig Browne, deputy leader of Cheshire East Council and chair of its highways and transport committee, said: "Underinvestment in the public highways, due to funding cuts by central government coupled with the impact of climate change, is resulting in a significant increase in defects that require reactive repairs to keep our highways safe.

"By targeting additional highways investment of £19m, we will save money on the need for reactive repair of potholes further down the line. This 'invest to save' approach will reduce our repairs bill by more than half a million pounds over the next three years."

In January, Cheshire East Council joined local authorities across the country in calling on the government to 'fix our funding so we can fix our roads'.

The campaign, which is apolitical, was launched by the leader of Conservative-controlled Lincolnshire County Council in recognition that many local authorities across the country have seen their funding for highways maintenance and repairs slashed.

The leader and deputy leader of Cheshire East Council joined forces with other local authorities to lobby government and demand reverses to cuts to highways funding – so the borough and nation's decaying roads network can be restored.

Cllr Browne said: "Rural boroughs are significantly disadvantaged by the government's existing funding formula. We need fairer highways funding for the residents and road users of Cheshire East – they demand and deserve this and we cannot continue to be overlooked.

"Without adequate funding, people will see our roads only get worse and the local economy suffer."

The council's highways service is responsible for repairs and management of the borough's 2,700km of roads and 2,103km of footways, in addition to the maintenance of bridges, street lighting, signage and 600km of cycleways. It is the biggest council asset – valued at about £6bn.

On average, the council receives nearly 2,950 highways fault reports a month. In the year to January 2022, the council received a total of 35,352 reports and filled 21,306 potholes across the borough, with a forecast of a further 6,900 pothole repairs likely by the end of March 2022. The average cost of repairing a pothole is £72.

Earlier this week, we confirmed on alderleyedge.com that, as a result of the increase in budget for on improving the highways network, patching works will be carried out on several village roads.

Roy West
Whilst we can welcome the news about repairing roads may I comment on the state of the A34 by-pass. Wouldn't it be good if one of our Council officers had the brilliant idea that whilst the By-pass is closed every night this week they could arrange to clear all the litter and rubbish on the roadside? No need to worry about the safety of the litter collectors and the improvement would be fantastic after the terrible impression it currently it gives to visitors to our area. Is it too much to ask if anybody in the roads department actually cares?