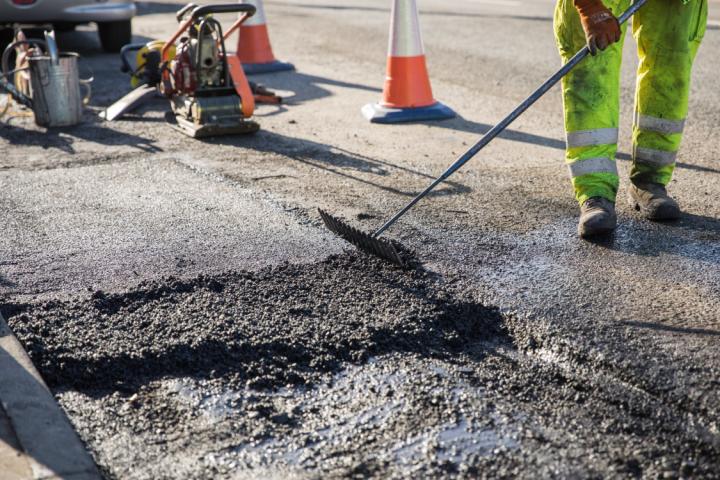 Cheshire East Council is joining local authorities across the country in calling on the government to 'fix our funding so we can fix our roads'.

The campaign, which is apolitical, has been launched by the leader of Conservative-controlled Lincolnshire County Council in recognition that many local authorities across the country have seen their funding for highways maintenance and repairs slashed.

Now the leader and deputy leader of Cheshire East council have joined forces with other local authorities to lobby government and demand reverses to cuts to highways funding – so the borough and nation's decaying roads network can be restored.

As the DfT begins looking at funding allocations for 2022/23, Cheshire East Council is now calling on the government to reinstate the axed funding.

Councillor Sam Corcoran, leader of the council, said: "It was incredibly disappointing and frustrating when the government cut our highways funding by 21 per cent for this year.

"We are a large semi-rural authority with a complex and extensive highways network and our residents place a massive importance on having well-maintained roads – something we are doing our very best to deliver but are struggling to fund, as are other councils.

"Like most local authorities, this council faces significant budget pressures over the medium-term, caused by ongoing grant uncertainty and increasing demand for services, due to an ageing population – with more people having complex needs for longer – cost inflation and the growth in the number of people living in the borough.

"The council continues to be heavily reliant on local funding and much less reliant on central government grants. Indeed, around 95 per cent of the funding for council services in its net budget next year will come from locally-raised council tax and business rates."

Councillor Craig Browne, chair of Cheshire East Council's highways and transport committee, said: "Rural boroughs are significantly disadvantaged by the government's existing funding formula, which takes into account the number of residents as well as the length of the road network.

"We need fairer highways funding for the residents and road users of Cheshire East and the wider region – they demand and deserve this and we cannot continue to be overlooked.

"That is why it's essential that government puts in place adequate funding for highways maintenance and repairs.

"Meanwhile, Cheshire East's highways service has again been nationally recognised this year. This British Standards Institute award places Cheshire East in the top-performing band of authorities, both for its management of highways maintenance and in delivering value for money.

"Our highways teams are doing all they can to keep the borough's 2,700km road network in good condition – but government funding is simply not enough to maintain the network and prevent further deterioration, let alone improve it and bring it up to the standard it should be.

"Without adequate funding, people will see our roads only get worse and the local economy suffer. That is why we need the government to fix our funding so we can fix our roads

"While we are lobbying the government, I would encourage people to contact their local MP and demand a better deal for our roads."

Residents can write to their local MP by visiting: www.writetothem.com.

The council's highways service is responsible for repairs and management of the borough's 2,700km of roads and 2,103km of footways, in addition to the maintenance of bridges, street lighting, signage and 600km of cycleways. It is the biggest council asset – valued at about £6.6bn.

On average, the council receives 2,946 highways fault reports a month. Since January 2021, the council has received a total of 35,352 reports and filled 26,440 potholes across the borough, with a forecast of a further 6,300 pothole repairs likely by the end of March 2022.

Fiona Doorbar
The repairs carried out to potholes don’t last beyond a couple of months until they need redoing.
Perhaps a review of the substandard materials or the way that work is carried out would save money being spent over and over again!!

David Carey
I have to agree with Fiona on this one. Repairs are done and then have to be re-fixed a short time later. One example would be past the junction of Heyes Lane and Hough Lane going towards Wilmslow. A large pothole was fixed on the right hand corner and within 7-10 days it was back to being a large pothole, so it is either substandard materials or bad workmanship. Lets see how long the new repairs lasts?

Andy Brown
The big problem with the civil service is they have money (our taxes) and spend it in the wrong places. Case in point is the useless cycle lane into Wilmslow. It was decreed it had to spent on such a project but we all knew it could have been better spent elsewhere.

There's is no joined up thinking.

Last year, Cheshire East Council spent about £1.2m on (Level 1) pothole repairs; these are reactive works funded from the council's revenue budget and they are only intended to be temporary. It is recognised that these repairs do not represent good value for money and ideally, the council would prefer to spend much less on them; however, they are necessary in order to keep our roads open.

Planned repairs, such as (Level 2) patching or (Level 3) resurfacing are much more cost effective and medium to long term (recent examples locally include Macclesfield Road and the roundabout at the end of Brook Lane); however, the council receives a grant of just £15m a year from the DfT to fund these works, whereas our Strategic Highways Team estimate that at least £30m a year is needed just to keep the roads in their current state.

The replacement cost of the highway network in Cheshire East (1,674 miles of roads) is calculated at £6bn, whereas a £15m investment in maintenance equates to just a quarter of one percent of the value of the asset. It simply isn't possible to maintain a £6bn asset (or indeed any asset) with such a low level of annual investment. It's the equivalent of owning a £10,000 car and only spending £25 a year to keep it on the road.

We are approaching the annual budget-setting council meeting at Cheshire East, on 24th February and in the absence of adequate DfT funding, I will be arguing for more of the council's resources to be invested in the capital programme, with an expectation that this reduces spend on ineffective, short-term pothole repairs. At the current level of investment by DfT, what we are seeing is a policy of the managed decline of our local road network.

Jon Williams
New research has revealed that Cheshire East has the second iciest roads in the UK, amid controversial cuts to the council's gritting programme

Marcus Holt
Let me give you the full story on that icy Rd research....it was complied in 2020, we had 15 accidents that were attributed to Icy conditions as main cause, oh and none of them happened on any of the roads removed from the council gritting program.Full report is on A Plan insurance website if anyone is interested. Personally I think no roads should have been removed from the gritting program, yet again its cost, so shall we take some from Adult social care? Take off a few subsidised bus routes, remove the PCC (ok that might be a winner) agree to a higher council tax??

Alan Brough
Cheshire East are not buying wisely. Their subcontractors are “living high on the hog” and there is little or no scrutiny.

This could not happen in the private sector.

Marina McHugh
We have been here before. Inadequate maintenance and repair of our roads and pavements have been neglected for years. Hedges are overgrown on pavements and roads. If these were cut back they would provide enough space for much needed cycle lanes, this would benefit motorists and cyclists. Reduced services on side roads stopped years ago like gritting, cleaning pavements regularly. Also the litter, Autumn leaves still stuck there and moss, hazardous underfoot. It’s a disgrace!