Disappointment as Council 'were not consulted on new restrictions' 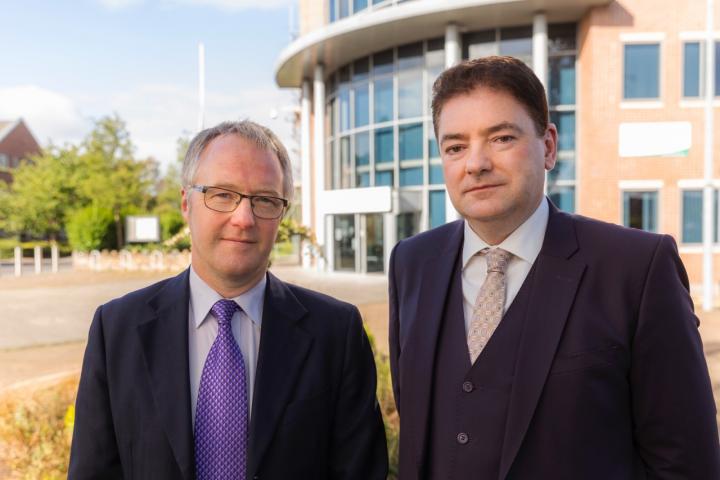 The leader of Cheshire East Council has said that the government did not consult with them before announcing that Cheshire East had been placed in Tier Two - the high level.

As a result, from tomorrow (Wednesday, October 14), residents can no longer mix with people outside of their household or social bubble indoors.

Cheshire East residents can continue to meet other people outdoors - whilst observing the existing Rule of Six.

Speaking after the announcement, Councillor Sam Corcoran, leader of Cheshire East Council said: "It is too early for us to give any further clarity over and above what we heard the Prime Minister say in the House of Commons this afternoon.

"Disappointingly, we were not consulted on new restrictions planned for implementation in Cheshire East from Wednesday of this week. This is despite us, with Cheshire West and Warrington councils and the Local Enterprise Partnership, writing in detail to Secretary of State for Health, setting out our asks of government over a week ago, with no reply.

"We developed our asks of Government in order to take action early and effectively, on the basis of a stitch in time saves nine. In the delay we have seen a substantial rise in cases."

"Our ask to the Secretary of State made it clear that, in order to be effective, enhanced measures would require financial support. We have received no confirmation that additional funding will be provided, or that the necessary financial support for business will be forthcoming.

"We need to see the detail behind these new interventions before we can give any further clarity or reassurance to residents and businesses in Cheshire East."

Judi Goodwin
I wonder if some of the restaurants in Alderley Edge have contributed to the rising Covid statistics in Cheshire East. As I walk down our high street I am horrified to see restaurant tables packed closely together to maximise their financial gains. So customers are sitting sometimes literally back to back as they quaff their "let's live for today for tomorrow we ...." glasses of wine. Some restaurants have made real efforts. From what I see and hear, Gusto is distancing its tables sensibly, and Cafe Nero had only three outside tables last time I looked. But from some of the other hospitality venues, you'd never guess we had a pandemic on our hands. We all need to get real here! Let's protect ourselves and each other and vote with our feet by patronising only pubs and cafes that have some respect for our health and welfare. Because Covid kills.
Judi Goodwin

Roy West
Well said Judi, we need everyone to heed the advice given regularly that if people do not take the necessary precautions then it is the older generation that will suffer the most.
Is that what we can expect? I do not believe that the vast majority of residents wish that to happen.

Pete Taylor
@ Judi, yesterday I was obliged to walk into Wilmslow, for the first time in many months. I was appalled by the lack of "social distancing"; mostly by folks older than myself (of course the schools were yet to "chuck out". I didn't see many folks wearing masks. I'm 69.

Who, in their right mind, needs to go out to eat or drink?

Who, in their right mind, given the fabulous service provided by online shopping retailers, actually needs to, physically, go shopping; especially in a special edition black Range Rover parked one wheel on the footpath (off-roading?) on a bend and on double yellow lines and causing everyone passing to walk in the road?

Tony Haluradivth
Pete Taylor what a miserablist viewpoint. Yes let's never go out again , let us give all our money to Jeff Bezos, let us all help destroy small businesses forever at the expense of online sharks. Let us stay indoors and watch pap and propaganda and not walk in a park with loved ones and hear the sound of children playing. Let us all live Pete's dystopian, joyless miserablist future. (And by the way you do NOT have to wear masks outdoors , it is not a legal requirement see the pictures of our wonderful Queen the other day). We are not ALL out in our black range rovers. And some of us like to go out with our other halves and have a coffee in a nice clean local Cafe, served by decent caring hardworking folk. It is WHAT MAKES A COMMUNITY. I am a lot older than you Pete... stay at home and hide in a cupboard. We will sound the "all clear" when it is all over (but it may take a couple of years).

David Hadfield
Well said Tony.
You're a positive person with a great outlook on life ,,,,, Well Done You !!

Pete Taylor
@Tony, I’m just back from five days walking in the Lakes and have been out walking in Nether Alderley this morning for a couple of hours.
Don’t worry about me, I’ll be fine.