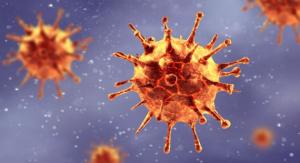 Cheshire East Council, along with Cheshire West and Chester Council, has been added to the national Covid-19 watchlist as an 'area of concern' due the recent rise in cases - which means tougher restrictions could be introduced soon.

On Thursday, 30th September, the rate of infections exceeded 50 per 100,000 of population for the first time, which is the trigger point for the government to alter the borough's rating to red - the highest level of risk.

Every week Public Health England publishes a weekly list highlighting which areas are of greatest concern across the country, these are separated into "areas of concern", "areas of enhanced support", or "areas of intervention".

This week six areas were added to the national watchlist:

Whilst Spelthorne in Surrey and Hertsmere in Hertfordshire have both been removed from the watchlist.