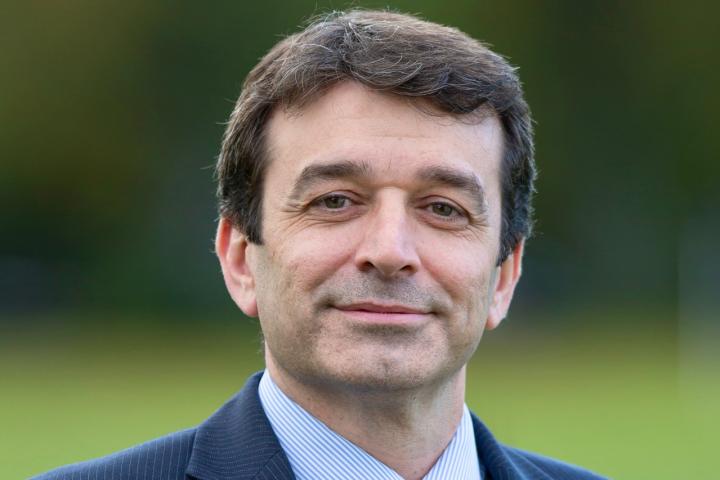 The Governors at The King's School are delighted to announce that Mr Jason Slack has been appointed as the new Headmaster of King's and will take up the position from 1 September 2020.

Following an external search by education recruitment specialists, Jason has been selected from a very large and strong field of candidates. He is currently the Head of King Henry VIII School, a highly successful co-educational HMC school in Coventry.

Jason Slack will be taking over the Headship as the school commences the next chapter of its 517-year journey, as King's relocates to its new £60-million campus on the outskirts of Prestbury.

Jason graduated from Durham University with a BSc in Physics and a PGCE in Physics and Science. He also holds an MA in Educational Management. His first teaching post was at his current school, after which he spent seven years at The Grange School, Northwich, initially as Head of Physics before being promoted to Head of Science. Jason then spent five years as Deputy Head of Queen Elizabeth Grammar School, Wakefield before returning to King Henry VIII School in April 2010 as Headmaster.

On his appointment, Jason Slack said: "It is an honour to be asked to lead King's at such a momentous point in its history. Joining the school as it moves to its new, £60-million state of the art facility is an opportunity that rarely occurs in the life of any school and represents the chance to make a huge difference for pupils and their families. I am really excited about what the future holds and looking forward to being a part of the wonderful community and getting started on the school's next chapter."

Dr John Kennerley, Chair of Governors, said: "Jason is an outstanding and experienced Headmaster. While leading his current school, Jason has focussed on developing excellent educational provision, increasing the profile of the school and its work in the community, and establishing a successful business model in a highly competitive market. At its last ISI Inspection, the school was found to be "excellent" in all aspects, matching the achievements at King's. Jason is looking forward to the challenge of leading King's into its very exciting future and, over the coming months, will be liaising closely with Dr Simon Hyde as well as meeting with staff, parents and pupils to ensure a smooth transition."