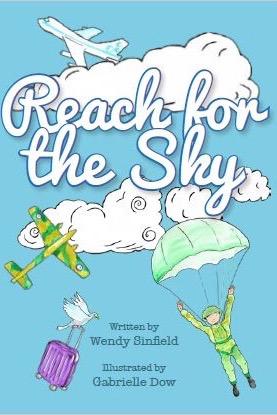 Manchester Airport today published its own children's book as part of its 80th birthday celebrations, called "Reach For The Sky".

The book, aimed at Primary School children, tells a story about travel, determination and achieving your dreams.

To launch the book the airport is offering a range of school initiatives, to support children's reading across its catchment area, and has 5,000 copies of the book to give away to schools across the region.

The airport is inviting schools to get in touch to get copies for a full class. In addition to a copy of the book, the airport is also giving schools the chance to have an aviation assembly where the books will be presented alongside an interactive airport workshop.

The airport is also re-branding its existing Six Book Challenge using pictures from the book. The Six Book Challenge is in partnership with the Read Manchester Campaign, where pupils are challenged to read six different books in a variety of situations and locations. Schools are provided with a starter pack for each student, including a challenge booklet and a bookmark. Once the challenge has been completed, pupils can swap their completed booklet for a certificate and badge.

Additionally, the airport is launching a writing competition asking pupils to write a sequel to "Reach For The Sky". The winning school will win a series of magical workshops from the book's illustrator, Gabrielle Dow (Fantastic Fiction Factory). Gabrielle will work with the whole school to write and illustrate their own printed children's book.

Tricia Williams, Chief Operating Officer at Manchester Airport, said: "For our 80th year we wanted to do a host of activity that would inspire and inform a whole range of our stakeholders, so what better way to reach out to the flyers or workforce of the future.

"As well as being fun and entertaining our very first children's book will also inform and educate, with our staff going into assemblies to inspire pupils with their tales of airport life.

If schools want to find out more, get free copies of the book, or book an airport assembly they can email [email protected].