Cricket: Alderley bounce back against Grappenhall 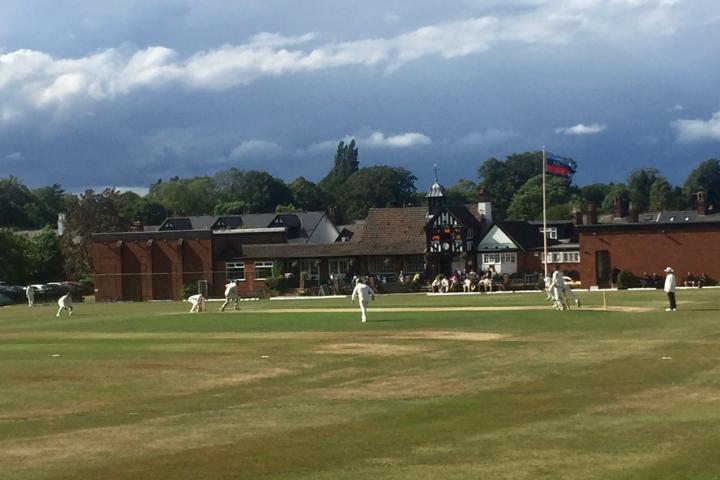 After Alderley first and second XI's suffered convincing defeats against Chester Boughton Hall the previous weekend, both bounced back to record victories against Grappenhall this weekend.

In the First XI contest at Moss Lane, Alderley were up against a visiting team who began the day in the Cheshire Premier League relegation zone. Adam Worrall won the toss for the home side and elected to bowl first on a cloudy day with the threat of rain lingering but it was Grappenhall who started the brighter, boosted by skipper Adam Roylance's 59 from the top of the order.

With Roylance departing on 88-2, Albert Pennington and Ben Bodha put on a partnership of 58 to keep Alderley's attack at bay. Bodha marshalled the middle order with 57 from number 4 to take the away side to a promising 200-4. Tight bowling spells in the middle overs from Tom Foreman and Dan Fesmer helped stem the flow of runs before Keiran Elliott (4-77) and Charlie Reid (3-61) returned to sweep up the final 6 wickets for 40 runs either side of a brief rain break, where tea was taken early, bowling Grappenhall out for 240.

The hosts took the attack to Grappenhall straight from the off in the second innings with boundaries coming thick and fast in the opening overs. Grappenhall struck with the score on 33 with Calum Rowe again on the wrong side of a close lbw decision.

Alan Day and Sam Perry then took complete control of proceedings in amassing a partnership of 115 at better than a run a ball, the pair being particular ferocious against the Grappenhall spinners. Perry was adjudged lbw after missing a sweep shot on 58 from 52 balls but in making way for fellow Lancashire academy product Ed Fluck the scoring rate accelerated as Fluck joined Alan Day at the crease. The pair added 57 in quick time with Day departing 8 short of his century with 92 off 85 balls.

Fluck made short work of the remaining 42 runs required, cutting the spinners to the off side fence on numerous occasions and lofting them for three sixes in a destructive innings of 65 not out off just 35 balls to take Alderley home for a 6 wicket victory with over 20 overs remaining. Aaran McCabe claimed 2-42 for Grappenhall on a difficult day for the visiting bowlers.

In the second team encounter at Broad Lane, Alderley claimed a 4 wicket victory with a mix of emerging talent and some old faces. Grappenhall began cautiously with the bat in reaching 45-2 before 90 from number 4 Iain Wright pushed the innings forward. Alderley struck regularly to deny Wright a regular partner until captain Ross Arrowsmith arrived to strike 33 to boost the home side's total beyond 220. Chris Cook claimed 4-54 in his first game of the summer sweeping up the tail to keep Grappenhall to 242-8 from their 50 overs.

Alderley made it to their target with three overs and 4 wickets to spare on the back of a sparkling unbeaten century from Jonny Scurrah. Entering the fray at 52-2 Scurrah hit 105 not out from number 4 and with 40 runs still needed for victory found a willing partner in James Bateman who hit a composed 22 not out from number 8 to seal 25 points for the away team.