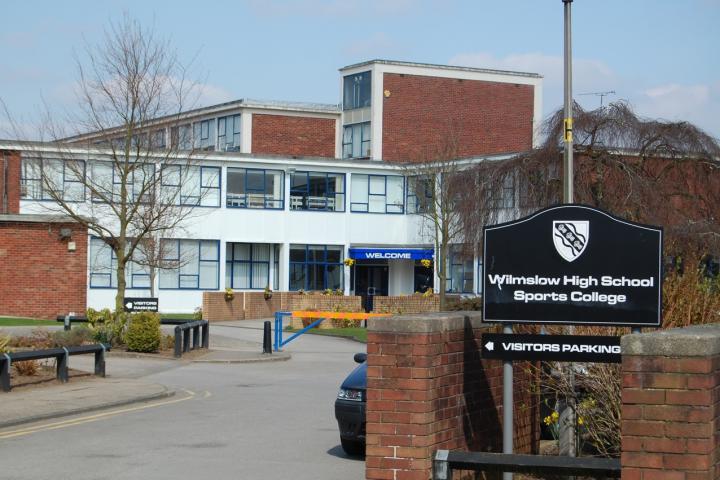 Following a visit to the school by three Ofsted inspectors on 19th April, there has been no change to Wilmslow High School's current overall effectiveness grade of good.

The visit was the first short inspection carried out since the school was judged to be good in October 2013 and included meetings with school leaders, members of the local governing body and representatives of the local authority.

Discussions were also held with pupils to gather their views on a variety of issues, including safeguarding, bullying, well-being, behaviour and teaching and inspectors examined a range of the school's documentation such as assessment information, minutes of governing body meetings, attendance and behaviour records and safeguarding information.

In a letter to James Pullé, Headteacher of Wilmslow High School, Ofsted Inspector Stephen Ruddy wrote "You and other senior leaders, including those with responsibility for governance, share a clear vision for the school's pupils, based upon their development as well-rounded, confident and outward-looking citizens. You take steps to ensure that pupils are known and cared for well by staff. Consequently, the school is a place where pupils say that they are happy and secure. Your staff take great care to support pupils to stay safe and maintain their emotional well-being.

"The progress of disadvantaged pupils and those who have special educational needs (SEN) and/or disabilities remains an ongoing focus for leaders. Furthermore, your plans to accelerate the progress of pupils in these groups are appropriate and they are understood by all, including those responsible for governance. Despite this, disadvantaged pupils and those who have SEN and/or disabilities continue to make very mixed progress across the curriculum as a result of variabilities in the quality of teaching and support.

"Most pupils like coming to school, so they typically behave well and attend regularly. Most pupils attain the GCSE grades that they should and the most able often make progress that is better than that of others nationally. Pupils typically make better progress in key stage 4 and the sixth form than in key stage 3, where pupils' progress is inconsistent. You have taken steps to reduce this variability and, in some cases such as in English, this has been effective.

"However, you recognise that too much variation in pupils' progress remains within and across subjects in key stage 3. The progress and attendance of disadvantaged pupils is significantly lower than that of others nationally. Pupils who have SEN and/or disabilities also suffer from poor attendance and do not routinely make the progress that they should. Despite the effective support provided by SEN specialists in school, teachers do not consistently set work at an appropriate level and provide support that closely matches these pupils' needs."

Based on the evidence gathered during the short inspection, the inspectors identified some priorities for improvement, stating that leaders and those responsible for governance should ensure that: additional funding for disadvantaged pupils is used effectively so that these pupils make progress that is in line with that of others nationally; teachers routinely support pupils who have SEN and/or disabilities to make the progress that they should; the attendance of pupils who are disadvantaged or have SEN and/or disabilities matches others nationally and all teachers use the information available to set work that matches pupils' needs and abilities, especially in key stage 3.

Headteacher, Dr James Pullé said "One of the reasons why Wilmslow High School is so over-subscribed every year is because its staff, students, parents, supporters and governors all share a common commitment to constantly improving on our personal bests across everything we do for the young people of the Wilmslow community despite the many challenges currently facing publicly-funded education. It is good, therefore, that the four next steps for improvement recorded by the lead inspector are those that had already been identified and are being worked on by senior leaders and the Governing Board.

"The very brief nature of this inspection visit only enables some aspects of our school to be celebrated - we can all think of things unmentioned that we personally cherish - so can I take this opportunity to thank all in our school community whose care, conscientiousness, creativity and energy makes such a difference to the lives of our young people.

"The inspectors were especially impressed by the high completion rate for our student, parent and staff questionnaires and the many inspiring comments about what the school is doing to provide our students with opportunities for the future. To this end, between now and our next full inspection we look forward to continuing to work with our community of staff, students and parents to build on the school's many existing great strengths; sustain the pursuit of excellence for all our students and follow through on the agreed priorities for improvement with energy, focus and tenacity."