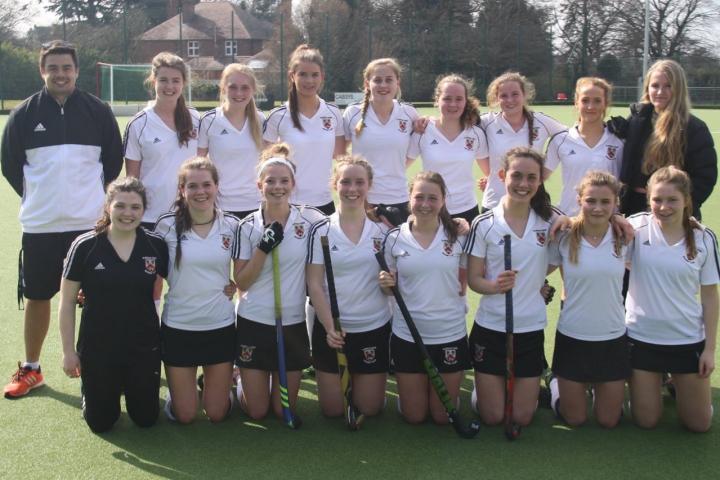 The win secured their place in the England Hockey plate final which will be held at the Olympic Park in London in May.

Aware of the quality of their opponents, whose Ladies 1st XI play in the National League, Edge's girls started quickly and Julia Tennant scored after a mere three minutes after Anna Perry robbed East Grinstead's full back of the ball.

East Grinstead came back very hard however and played intense, fast hockey which left the half time score 2-1 to the visitors.   In the second half East Grinstead began to suffer for their first half efforts and Edge's girls took full advantage. Built on calm, structured hockey at the back, Edge launched lightning fast attacks. Claire Robinson scored Edge's second after a goalmouth melee before Saskia Swotland buried a screamer from the top of the D to make it 3-2.

A great game played with a brilliant spirit on both sides, a sentiment echoed by the visiting fans. The girls take now take on Reading, another National League club, in the final.

The u18 boys were unlucky not to be joining the girls on their trip to London after they lost their semi-final to Stourport.

Elsewhere, however, AEHC's U15 girls won the Greater Manchester Junior Hockey League and both the u14 boys and girls teams contest their age group regional Finals over the coming weeks – there could yet be a bigger Alderley Edge presence in London for cup final weekend in May!

Mike Dudley-Jones
What a fantastic result for the Alderley Edge Hockey Club U18 Girls. We are immensely proud of you. Well Done. I am sure the Village wishes you every good fortune for the Final in May. We will dust off the open topped bus!!! Good Luck to you all.