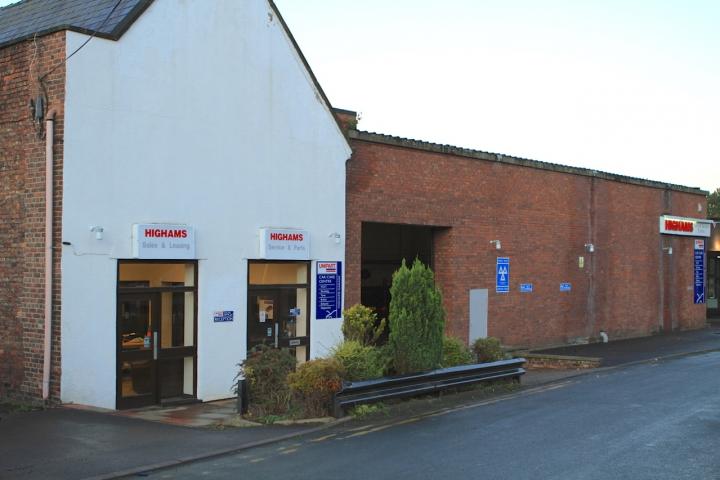 Following the closure of Alderley Motor Co. earlier this month, alderleyedge.com can now reveal that the company is going into partnership with Highams.

Peter Wright, Manager of Alderley Motor Company will be joining forces with Mark Higham who runs Highams' car sales and servicing centre - and from the first week in June he will be operating from the Wilmslow Road premises.

Peter worked at the Trafford Road business for 34 years which shut down this month, along with the JN Bauer car showroom, to enable the owner Russell Homes to demolish the properties and replace them with family houses.

Many loyal customers expressed their great sadness and disappointment that the popular service centre had closed so they will delighted to learn that the business will continue at a new location in the village.

Cllr Melanie Connor said "I am so pleased that two well respected and important businesses in the village are joining together to provide a very valuable service.

"Once it was realised that the long fight for the development on Trafford Road was lost, I was very concerned, as a councillor and a resident, that we would lose a great service. The number of people who contacted me showed me that the loss of Alderley Motors garage service was going to be felt by many.

"I'm sure we all wish Mark Higham and Peter Wright great success. Local businesses building for the future."

Speaking about the new partnership, Peter said "Alderley Edge needs this, as a lot of our customers are elderly(ish) and for them it was the end of the world. We did a lot more than repair cars, we were part of Alderley Edge, it was an institution. I don't think that can ever be recreated but we will do our best."

Service Director Mark Higham has worked at the family business for the past 25 years but we understand there has been service centre at the site since Tower Garage was established in 1919.

Mark commented "As we have such a large workshop combined with plenty of car parking, from the days when were a Ford Main Agent, it made perfect sense to form a partnership with Alderley Motor Co.

"I know that many of Peter's customers were saddened to hear of the closure of his garage, but our new joint venture keeps the local community well served, and I look forward to working with Peter."

Charlie Gaughan
Hooray not everything lost

Alan R Davies
This is great news. Good luck to everyone concerned.

David Clark
I am so pleased for Peter and his team

Jill Millen
Very happy that you found a solution but less of the 'elderley' Peter, or I'll have to find another garage : )

Joy Daglish
I'm also delighted, it'll be good to continue with the same team and the knowledge our cars are cared for!

Jasper Bauer
well done mark and peter, i wish you all the best for the future in your new joint venture

Jennie Fielding
i think its great we still have our local garage and especially peter is staying a friendly face again to keep us on the road hopefully johnny and the others will be going too good luck to peter and mark see you in the future.

Nicholas Brooks
This is wonderful news. We are absolutely delighted. We didn't know how we would manage without Peter.

James Garrett
Great news. glad that they have found a local premises to continue their good work.

Paul Moore
This is fantastic news not only for the local community in Alderley Edge but for many customers who live in South Manchester that use the services of Peter Wright and Co. I live in Stockport and have used Alderley Motor Co since the days Derek Walsh was there. The service has always been first class and I am certain that existing customers will continue to use the garage at its new location. Good luck to Peter and Mark.

Derek Walsh
Great News! After all the sad news that Alderley Motor Company was to close I am very pleased to be wishing Peter and Mark all the very best in their venture together.Having been part of Alderley Motor Company for many happy years I would like to say how pleased I am for our many Customers and friends that they will still have a very much needed local garage. Best Wishes to you all from Derek.