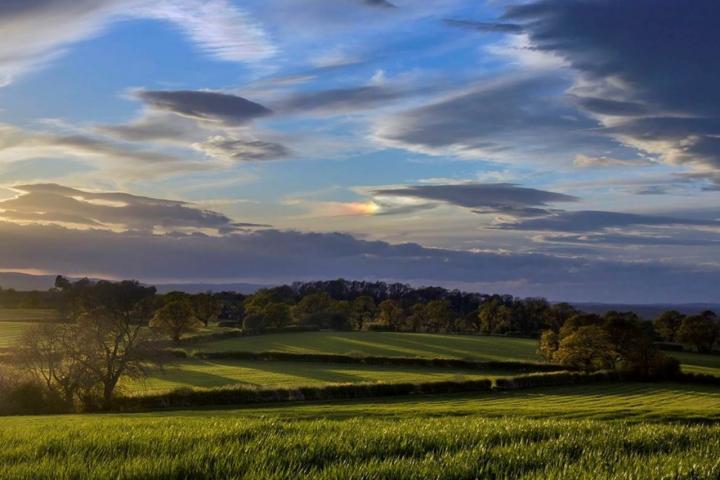 Following the council meeting on 22 May 2019, elected members unanimously approved a notice of motion, which requested that an environment strategy was brought forward as a matter of urgency. The motion noted the climate emergency and committed Cheshire East Council to reduce its own emissions and become carbon neutral by 2025.

The action plan focusses on the initial actions that Cheshire East Council will take to not only deliver the 2025 target, but also how the council will encourage all businesses, residents and organisations to reduce emissions.

Councillor Nick Mannion, Cheshire East Council cabinet member for environment and regeneration, said: "In May 2019, the council noted the UK declaration of a climate emergency and committed to being carbon neutral by 2025.

"As part of this commitment, we will encourage all businesses, residents and organisations in Cheshire East to limit their carbon footprint by reducing energy consumption and promoting healthy lifestyles.

"I'd like to thank the teams that have worked tirelessly on ensuring that the carbon neutral action plan remains a priority for the council during such difficult times. I'm proud of the work that has gone into the plan, which clearly sets out how we will build on our carbon reduction work to date, in order to reach our ambitious carbon neutral target by 2025.

"The plan will help to ensure that we all continue to work together to make a real impact on the future sustainability of the borough."

Councillors agreed the action plan, which sets out:

● How the council will drive behaviour change and culture internally, including reducing business travel and increasing staff engagement and awareness of carbon neutrality;

● Measures to ensure that the carbon neutral ambition has been considered in every major investment and policy decision;

● Details of how less energy and fuel could be used in council operations, such as switching to low-emission vehicles and reducing energy demand from new and existing buildings;

● Plans to improve the supply of green energy by using low carbon, renewable sources such as solar panels and working to promote renewables with others;

● Opportunities to capture carbon, through tree planting and restoring degraded peatlands; and

Tony Haluradivth
Because we have Labour hogging the Council (even though they are not a majority party) we have Corbynista leader who thinks this Thunberg inspired nonsense is a priority in the middle of a pandemic with our economy trashed. Newsflash..CEC the solar panels are an expensive waste. We removed ours as they required constant maintenance, were expensive and the green zealots who installed them damaged our roof . They DID NOT save us much on electric bills either. CEC can do as they wish but they needn't start preaching and enforcing their eco zealotry on individual households. We have had enough misery in the last 2 months and going carbon neutral in 7 years is a ridiculous badly thought out Leftist pipe dream pushed by law breakers in ER and Scientists whi rely on flawed models like the disgraced Neil Ferguson.

Jon Williams
C/E need to make sure children can safely cycle to school and not have to share with vehicle pollution -- NOW !

Tony Haluradivth
I agree with that sentiment Jon. (Mine was more was a gripe about Council's interfering with individual's homes and bullying them about their heating or car driving). The cycle routes are often not cleared by CEC.... weeds and vegetation often blocking the paths. And when reported the CEC highways team tell u
s they wont be sprayed as they are good for biodiversity. My granddon stopped cycling to the high school last year as the cycle lane on Prestbury road had been invaded by sharp brambles. 8 weeks of continual reporting yielded no action on their part.