Soprano to perform to lunchtime concert 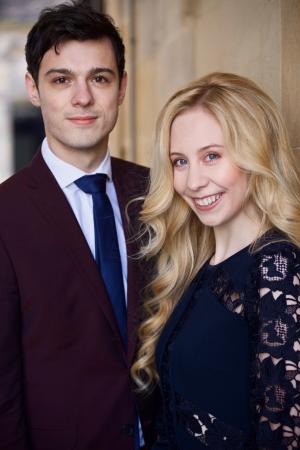 Charlotte graduated from the Royal Conservatoire of Scotland with a First-Class Honours Music Degree, but she is now based in London, having attained a Master's in Performance from the Royal College of Music, where she studied with Prof. Rosa Mannion, Andrew Robinson and Simon Lepper.

In July 2018, Charlotte won first prize in the Pendine International Voice of the Future at the Llangollen International Eisteddfod, and she has a most impressive list of opera performances in Manchester, Edinburgh, Glasgow, Paris and New York to name just a few.

Charlotte's accompanist, George Todica, also graduated from the Royal Conservatoire of Scotland and recently completed a Post Graduate Artist Diploma at the Royal College of Music in London under the guidance of Norman Fisher.

Born in Romania, George has been participating in competitions since the age of 8, and has obtained over 20 First Prizes in International Piano Competitions. As a concert pianist, he made his debut at the Wigmore Hall in October 2018, and has performed internationally in prestigious halls all over Europe.

Charlotte and George's programme on Wednesday, 19th February, will include an eclectic mix of songs by Michael Head, Quilter, Gounod, Copland and Leonard Bernstein. In addition, George will be performing Chopin's Rondo à la mazur, op.5.

The designated charity for this month is Church Action on Poverty.

Lunch will be served from 12 noon and the concert begins at 1pm.
Admission is by programme £6, available at the door.