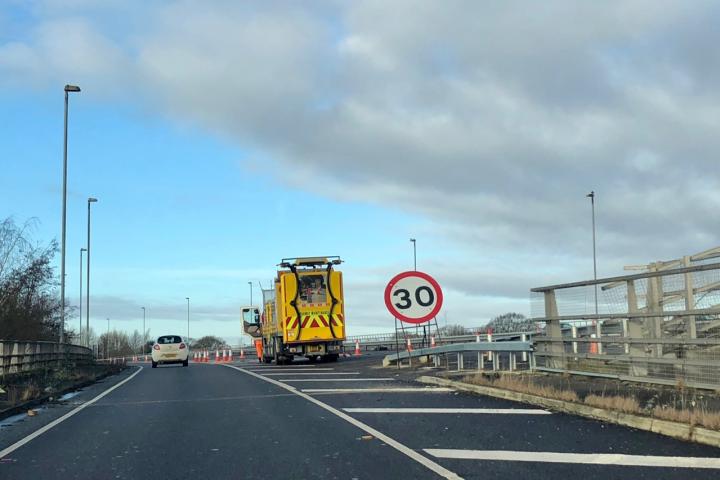 Investigation works have commenced on the A555 Manchester Airport Relief Road in Wilmslow.

A temporary speed limit of 30mph has been introduced today (Monday 20th January) on the Westbound carriageway for approximately 800m either side of section that goes under Wilmslow Road.

It is anticipated that the investigation works, which will be carried out between 9:30am and 3.30pm, will continue until Friday 24th January.

In November 2019 Cheshire East Council announced that it is investigating what can be done to prevent both the A555 Manchester Airport Relief Road and the Alderley Edge Bypass (Melrose Way) from flooding every time we suffer periods of heavy rain.

The £290m A555 Manchester Airport Relief Road, which opened in October 2018, and the £52m Alderley Edge Bypass (Melrose Way), which opened in November 2010, have both been closed on several occasions due to flooding.

We have contacted Cheshire East Council for conformation of what investigation works are being carried out and why.

Update: The temporary speed restriction has been extended until Friday 31st January.