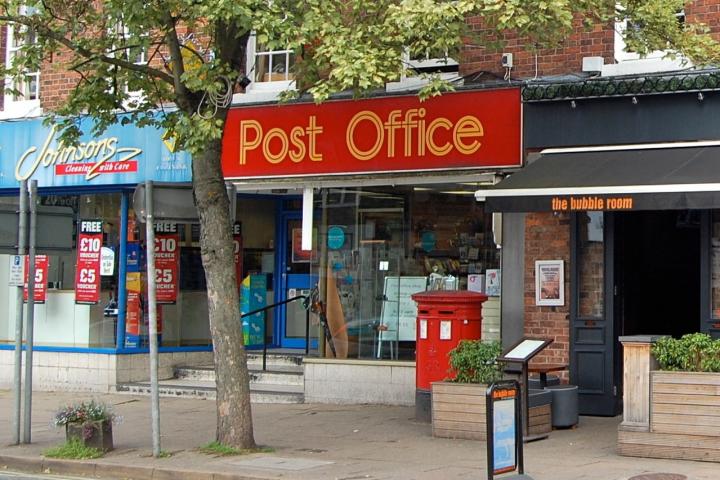 The Post Office has agreed to compensate a former Alderley Edge subpostmaster who has been fighting to clear his name, which he says has been dragged through the mud, after being falsely accused of theft.

Scott Darlington was subpostmaster in the village from 2005 to 2010 before losing his job and being prosecuted for a shortfall.

He told alderleyedge.com "A discrepancy occurred in 2008 of £1700 which I had to pay back although I knew something wasn't right. Later on that year larger discrepancies occurred until Jan 2009 when I was audited, suspended and subsequently terminated. It was an absolute nightmare to say the least. I was given a 3 month prison sentence suspended for 2 years."

Along with hundreds of other subpostmasters from across the UK, whose financial records showed shortfalls of varying sums, Mr Darlington joined the legal action against Post Office Limited.

The Justice for Subpostmasters Alliance (JFSA) argued that this was due to problems with the Horizon IT system used in the subpostoffices, which was responsible for the accounts.

Following a long-running legal battle in the High Court and several days of mediation, The Post Office, who refused to accept responsibility for the flaws in its Horizon system and properly investigate alleged shortfalls, agreed to pay £58 million compensation to hundreds of subpostmasters who they wrongly accused of theft or fraud.
Whilst some of the subpostmasters were asked to make up the shortfalls, which ran into tens of thousands of pounds for some, others had criminal charges brought against them, had to pay fines and were sent to jail.

Speaking to alderleyedge.com in 2017, Scott Darlington said "This had untold consequences for me. I could not find a job for 3 and a half years. I almost lost my house. I suffered depression etc I was living off virtually no money during this time. I was headline news in the Manchester Evening News and Macclesfield Express.

"I felt everybody in Alderley believed I had been stealing and was so embarrassed by that. I am now living in Bollington and working at last. But this nightmare has continued for 9 years and is finally coming to a conclusion."

Post Office Chairman, Tim Parker, said: "We are grateful to the claimants for taking part in this mediation and agreeing a settlement, bringing the Group Litigation to a close. I am grateful to Nick Read for his important engagement in the mediation process. We accept that, in the past, we got things wrong in our dealings with a number of postmasters and we look forward to moving ahead now, with our new CEO currently leading a major overhaul of our engagement and relationship with postmasters."

Nick Read commented: "I am very pleased we have been able to find a resolution to this longstanding dispute. Our business needs to take on board some important lessons about the way we work with postmasters, and I am determined that it will do so.

"We are committed to a reset in our relationship with postmasters, placing them alongside our customers at the centre of our business. As we agree to close this difficult chapter, we look forward to continuing the hard work ahead of us in shaping a modern and dynamic Post Office, serving customers in a genuine commercial partnership with postmasters, for the benefit of communities across the UK."

Alan Bates of the Justice for Subpostmasters Alliance (JFSA), which took the case said "The Steering Committee would like to thank Nick Read, the new CEO of Post Office, for his leadership, engagement and determination in helping to reach a settlement of this long running dispute. During the mediation, it became clear that he intends to reset the relationship between the Post Office and its Subpostmasters and put in place new processes and support for them, as part of a wider programme of improvements. It would seem that from the positive discussions with Post Office's new CEO, Nick Read, that there is a genuine desire to move on from these legacy issues and learn lessons from the past."

Marc Asquith
No word yet as to what will happen to the criminal convictions ?

Duncan Herald
Was there a clear apology hidden in there?

Simon Greenwood
Glad to hear you have cleared your name, there was definitely a fault in the Horizon system at Alderley Edge P. O. That we experienced as well. Hope you can move on & put this awful mess behind you.
Best regards Simon, Susan, Doreen Greenwood

Kristina Hulme
Scott you were a really good postmaster and Tony Irene and I would like to thank you for all the excellent and cheerful service you gave us over the years whilst we owned Travel by Design in the Village.
We are so pleased to hear about this positive outcome
Kristina Hulme

John Clegg
This has been a scandal, not properly reported by our supposedly fearless press. Only Private Eye has really followed this story, and I expect that there will be more in the next issue 1512, on general sale 24th December, at Waterstones, WH Smith and decent bookshops and newsagents.
And some supermarkets.

Bob Bracegirdle
Reinstate him and compensate for loss of earnings.

Pamela Scoltock
Scott I’m so glad that you have been finally vindicated. It was always a pleasure to come
into the Post Office. Always greeted with a smile and a chat. The shop full of little goodies. To see you turn into the shadow of a man you once were was awful to watch. They can never compensate you for what they put you through, but I hope
your life will improve in a positive way. Good Luck!

Roy Hall
I remember you well, the compensation will not be enough regards what you went through but clearing your name and holding your head up high is important, good luck Roy

Geoffrey Brown
I'm so glad Scott that you have at last got Justice, you were certainly highly respected in A/E, good luck for the future & I'm sure that you will have a very enjoyable Christmas...G, B.

Michael Cooper
A very well done for sticking with it. An absolute disgrace you had to go through it but justice prevailed...Hope 2020 is better and a new start for you.