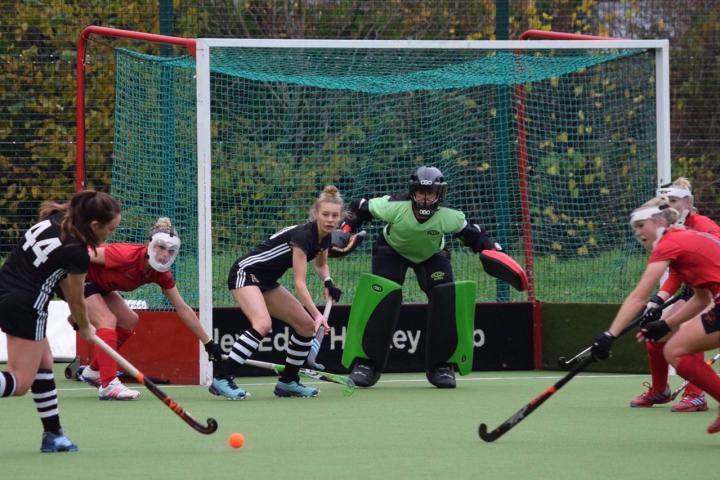 This was an important win for Edge in the Investec Women's National League Conference North clash. This was Pendle Forest's second only defeat in their last 100 matches and their first loss of the season.

Edge came out strong early with quick passes up the lines and into the D. This built team confidence and from then on the Ladies knew they could take the game. Great pressure without the ball and strong fast movements with the ball lead to Edge creating numerous circle entries in the first quarter.

Edge opened the scoring with a goal from Immy Walker with great 'ugly zone' finishing. From this moment on, Edge remained calm and composed whilst keeping the pressure on Pendle high up the pitch. This continued for the rest of the game with numerous Edge shots off in the D (the most in the season according to the Edge statistician.)

In defence, Player of the match Sarah Hopkin played a major role distributing the ball with ease whilst not letting Pendle forwards pressure get to her. No matter how hard Pendle Forest tried, they couldn't find a way to score.

A bottom of the table 6 pointer. Having been held to a draw in the reverse fixture, Alderley were looking to break a streak of 4 straight defeats.

Alderley started quickly, dominating possession and creating several early chances. Eventually the deadlock was broken by a well taken goal by Oli Jones, who rounded the keeper before passing the ball into the empty net.
The lead was short lived and Preston were level after Edge gave away a poor penalty corner. Preston dispatched the drag flick and the scores were back to all square.

The Preston goal knocked the wind out of Alderley's sails and Preston soon took the lead when Alderley failed to clear the ball, it came back into the D and the Preston striker fired it into the bottom corner. Alderley will have felt hard done by after the amount of chances they created in the first half, but unfortunately poor marking and defending discipline were again their downfall .

Knowing that they needed a result out of the game, Alderley should have come out for the second half all guns firing. Despite being a man down, Preston took the ball from the push back and through poor marking and weak defending they bundled their way through and scored without Alderley touching the ball, making it 3-1.

Despite good spells of possession, Alderley failed to get a goal back. The team continue to struggle to create good goal scoring opportunities in the final 23. Preston got their 4th and with it Alderley's chances of a fight back disappeared. At 4-1 the score did not reflect the 2 teams, but as has been the case for the last month or so, poor defending and a lack of confidence is affecting the lads. Alderley did manage a late consolation goal at the end through a McCormick penalty corner drag flick, but the game had gone by that point.

Whilst recent results are not reflecting Edge's performances in general, they need to defend better when under pressure.

Next up is a must win game against Didsbury Northern at The Edge on Sunday 24th November, 2pm pushback.