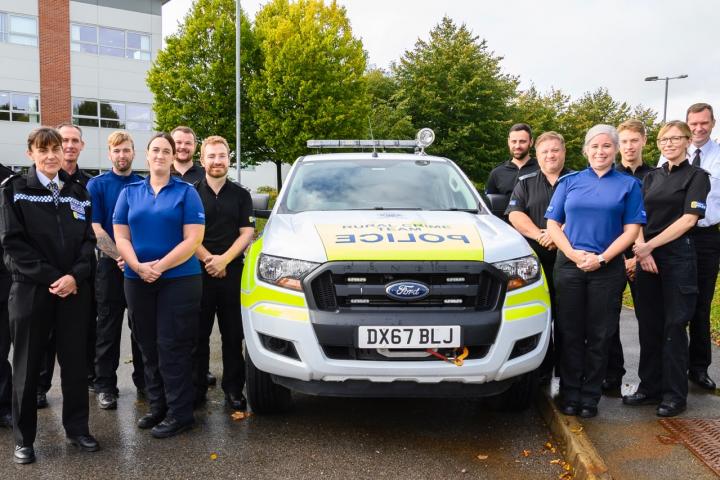 Cheshire Police has put together a dedicated crime team to protect our communities from rural and wildlife crime and bring those who target these areas to justice.

The team has been set up in time for a week of action, which is being driven nationally by the National Police Chief's Councils (NPCC).

The week, which started on Sunday 6h October, will see Cheshire's new dedicated rural crime team taking part in cross border operations with our neighbouring forces, working with the local community to gather vital intelligence and tackling issues such as fly tipping and off-road bikes – which can prove a real blight to the rural community.

Chief Inspector Simon Meegan, the force's rural crime lead, said: "We want the rural community to have the confidence that we are working hard to protect them. We're not just here for our towns and cities, protecting people from rural and wildlife crime is also extremely important to us.

"Rural crime can have an impact not only on people, but in some cases also affect their livelihoods. The dedicated rural crime team will listen to concerns and ensure that appropriate action is taken.

"The team will be working with our neighbouring forces and key partners during the week of action, carrying out targeted operations to disrupt and frustrate criminals - sending a clear message that we will not tolerate their activities. Rural communities can sometimes feel quite isolated and keeping them safe is paramount."

The team is made up of a Sergeant, a Detective Constable, six police officers, three PCSOs and volunteers. It will also be supported by members of the Special Constabulary.

They will provide the force a specialist capability in investigating rural and wildlife crime, with a particular focus on offences that relate to farms and agriculture, wildlife, the environment, heritage sites and public protection issues within rural communities.

The team will also focus on identifying domestic abuse and hidden harm offences, such as modern slavery.

Police and Crime Commissioner David Keane added: "With more than 65 per cent of Cheshire classed as 'rural', I am pleased that Cheshire Constabulary has established a dedicated rural crime team to tackle crime in our more isolated areas head-on.

"Many of the crimes which occur in rural areas are unique and can have a major impact on not only their victims but their livelihoods as well. That's why it's important that we have a dedicated rural crime team in Cheshire with officers receiving appropriate training to tackle and prevent rural crime."

Verity Williams
This is baffling. If 65% of Cheshire is rural, surely all officers should be trained in addressing rural crime as standard.

Kelvin Briggs
I think of Alderley Edge as rural for the most part.
Just wish we could see a greater police presence in and around the village . Great The Parish Council have engaged with the commissioner , but are we seeing any change yet, increased visibility and challenge of those intent on disrupting our lives?
Phone and laptop thefts last night at the Hockey pitch on the Ryleys Playing Field whilst Alderley Edge Hockey Club 1st teams trained.
So frustrating to be engaged in healthy endeavour whilst scum bags visit Alderley Edge for criminal activities such as theft and drug dealing.