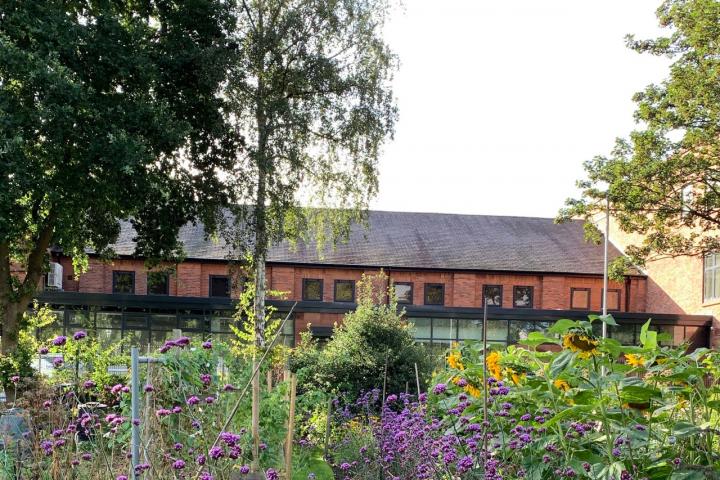 Whilst residents and businesses of Alderley Edge gave their support to the Neighbourhood Development Plan (NDP) during the recent public consultation, there was one proposal where a consensus was not reached.

Although 72% of the 186 people who responsed via the questionnaire agreed with a quarter of the Heyes Lane allotments adjoining the Festival Hall being used as a car park to support the viability of the Hall, with the remaining three quarters remaining as green space, a further 121 letters were received objecting to inclusion of any car parking.

Sarah Greenwood, Co-Chair of the NDP steering group said "It is important that the policies put forward in the Plan can be shown to have majority support. It is clear that this particular policy does not enjoy the same level of support as the others, so we believe it should not be included in the final plan."

Converting the existing Heyes Lane allotments into a new park or gardens, with a small car park to support the Medical Centre and Festival Hall, was one of the ideas put forward in the Plan.

(Update: Speaking about the proposal on Sept 3rd) Councillor Geoff Hall explained "The idea is that the village could create a green space for the peaceful enjoyment of all residents (and workers), plus some extra car parking to relieve the Medical Centre and Festival Hall.

"The thinking behind it is that:

• There are currently no public parks or gardens in the village east of London Road.

• It presents an opportunity to create a quiet space for reflection – with a different character from the current park.

• The new gardens would allow the community to open up the Festival Hall so that it faces on to attractive gardens, rather than being hidden behind the Medical Centre and the allotments.

• The gardens could also be used for wedding photographs, supporting the development of the Hall and reducing the need for local taxpayers to subsidise it.

• The small car park would be designed to have the lowest possibly visual impact and would take up no more than 25% of the area.

• The car park would support the community-owned Medical Centre and Festival Hall.

• The Festival Hall has a capacity of 250+ people but parking for only 40 cars – much less on weekdays - and steps would be taken to ensure it doesn't simply become a commuter car park.

"All this presupposes that alternative space can be provided for the allotments to allow them to be moved to the edge of the village, probably as an extension to the Beech Close allotments – and that is also covered in the Plan. And the proposal assumes that any legal and cost issues can be addressed."

Residents and businesses will get a chance to review the final plan later this year, before it goes to inspection and referendum in 2020.

Richard Downs
Every time something around the Heyes Lane car park is proposed it gets resoundingly rejected by the people of the village.
0-9 for the previous Conservative parish council which stood on this as its main issue; not 1 or 2, all 9.
Now as an option in the NDP, it’s rejected by the people again.
There is a continuing healthy debate on this group regarding Heyes Lane Allotments but the evidence suggests the people have spoken not once but twice.

Geoff Hall
Everyone on the Neighbourhood Plan Steering Group - including me - has agreed that the policy relating to the Heyes Lane allotments should not be included in the Final Plan.

This article appears to imply that I'm still putting forward the arguments that were included in my earlier article of 3rd September, where I gave some background to the proposal in the draft plan. I don't understand why they are being presented here as though I'm still proposing them. I'm not.

The Neighbourhood Plan is a consultation exercise and all of us rigorously follow the principle that it must be led by research and by survey results. We didn't feel that the Heyes Lane proposal gained the same level of support as the other policies, so we are removing it.

I became a Councillor in 2015 (very reluctantly!) in order to ensure that the community was listened to and nothing has changed.

Kelvin Briggs
I was a big fan of the small Car Park and new park area that Geoff Hall described as one of the options.

A win for the Festival Hall looking to broaden its appeal as a venue with improved parking and a positive for patients attending the Doctors surgery. I’ve personally struggled to park close following a knee replacement.

Ex Chair of allotments confessed there are more plots than there is demand.

The maths was a bit confusing with percentages quoted for supporters and numbers of objections by letter.

My read was more folk in favour than against but I’m no mathematician .

It has to be reconsidered at some future point whatever is included in the neighbourhood plan.

Duncan Herald
The former Parish Council was faced with legal objections to the proposed loss of the allotment (turned into a car park).
The present Parish Council (and Neighbourhood Plan) would have faced the same legal objections.
BUT now we are told that there are more plots than demand for plots. Is there any legal 'thing' whereby an 'empty' allotment can be turned into a car park? Thus the pro-parking policy put in place by the 'back door' ?
Just curious.