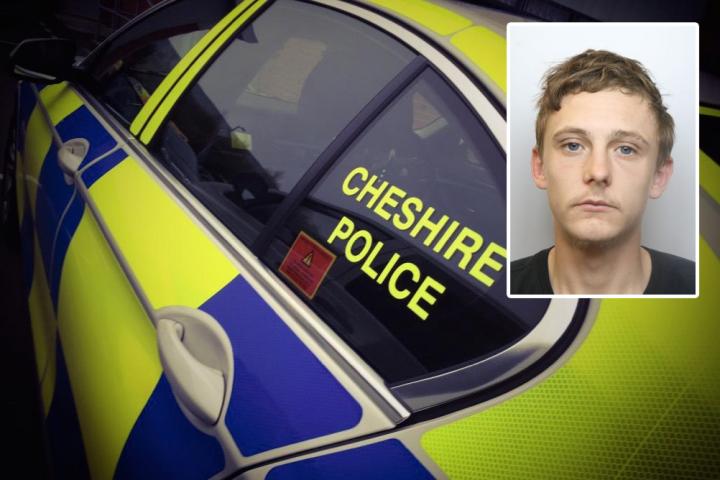 A burglar and car thief from Greater Manchester has been jailed for a series of offences committed in Wilmslow and Mobberley.

The 22-year-old was sentenced for the offences at Chester Crown Court on Monday, 9th September, and was was jailed for three years.

Lawman's crime spree began on the night of Friday 24th May, when he stole a BMW in Wilmslow. Officers found the car on Gorsey Road in Wythenshawe hours later and discovered items worth a total of around £1,000 had been stolen from within the vehicle.

On Sunday 26th May Lawman was part of burglary in Mobberley that saw property stolen from a domestic garage. The stolen property was left at the scene of a second burglary Lawman committed in Mobberley on the same morning.

A Land Rover was stolen during this burglary, as were the keys to a Mercedes car. Lawman returned to the address with the keys the following day and stole the Mercedes.

Police found the car in the Wythenshawe area later that day and they recovered the stolen Land Rover on Friday 14th June, again within the Greater Manchester area.

Layman's crime spree ended on Monday 8th July after police had received a report of a man trying to gain access to numerous cars in Wilmslow in the early hours of the morning.

Officers attended and found a number of insecure vehicles in Dean Drive and Finney Drive.

A police dog found Lawman hiding in the grounds of a property in Green Drive. He was found in possession of a quantity of cannabis, as well items that had been stolen from cars on Dean Drive.

Lawman was subsequently arrested and interviewed by detectives. He refused to answer any questions but officers were able to gather a catalogue of evidence against him.

Traces of his DNA were found in the BMW that was stolen and on property left behind at the scene of the second burglary he committed in Mobberley.

CCTV footage showed Lawman driving the stolen Mercedes, and one of the car's wing mirrors was found at an address in Greater Manchester that Lawman was living in at the time.

Keys belonging to the owner of the stolen Land Rover and a fuel card in the name of another victim were also found in the address.

Sergeant Cameron Mair, who led the investigation into the offences on behalf of Macclesfield Local Policing Unit, said: "I would like to praise the officers involved in this case for all their hard work in securing this conviction.

"I would also like to thank the members of the public who provided us with information that helped us to both catch Lawman and bring him to justice.

"Throughout his crime spree Lawman targeted victims at their own home, which is the place that they should be able to feel most safe.

"I am delighted that he is now behind bars facing the consequences of his actions and I hope that this case deters others from travelling to Cheshire to commit crimes.

"I also hope that the custodial sentence handed down by the courts will give some closure to the victims and enable them to move forward with their lives."