Cricket: Money cashes in against Alderley 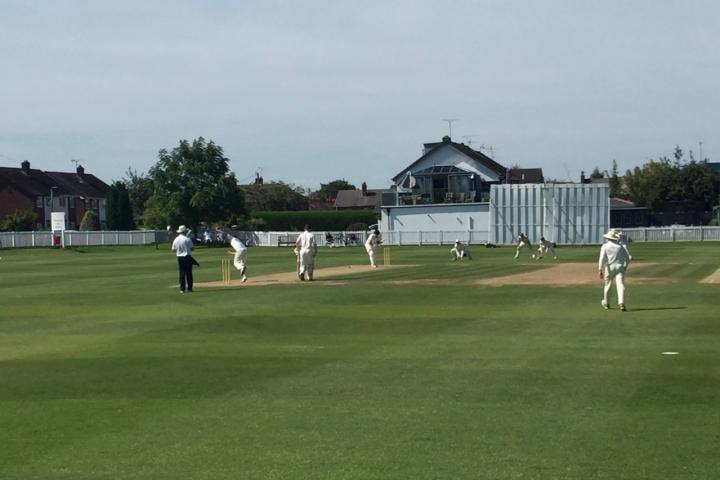 Alderley's innings began quickly with Calum Rowe racing to 24 from 35 balls but with the score on 26 a mix up with Ed Foster led to Rowe being run out, joining fellow opener Sam Perry in the pavilion at 26-2. Number 4 Ed Fluck and Foster rebuilt the innings superbly, manouvering the ball and picking up quick singles in the early stages before more expansive strokes came with the field more spread as their partnership passed the 100 mark.

In total they put on a superb 143 for the 4th wicket but Chester's spinners began the fightback by first removing Fluck for a well made 73 from 98 balls (10 x 4's, 2 x 6's) followed by Lancashire man Stephen Parry and Foster to reduce Alderley's middle order from 169-2 to 176-5.

A counter-attacking 32 from number 6 Richard Wilkinson boosted Alderley's total in the latter stages but constant pressure from the leg spin of Jack Williams (2-72) and more prominently youngster Charlie Fleet, taking a debut 5 wicket haul at first team level, kept the home side in control in the latter stages of the innings as Alderley slipped from 218-6 to close on 232-9 from their 55 overs.

In the second innings Chester promoted overseas player Lloyd Aspin to open the batting on the back of some good T20 form but it was Alderley who landed the first significant blow with Richard Wilkinson trapping Cheshire one day skipper Rick Moore lbw without scoring. Parry struck in his first over to have Aspin caught at deep square leg with Tom Foreman taking a good running catch leaving the hosts 41-2 in a cagey opening period of the second innings.

Incoming number 4 Alex Money then added a partnership of 65 with Warren Goodwin for the third wicket before Goodwin was dismissed thanks to a fine catch by Parry at short midwicket off the spin of Charlie Reid to leave Chester 106-3 with their key man having departed for 39.

With 127 still needed for victory Money took charge of the run chase in putting on partnerships of 67 with Noah Vickery (42) and a partnership of 61 with Bob Evans which took the home side over the line with 6 wickets in hand. Money finished agonisingly short of a century closing the game on 98 not out from 112 balls.

Charlie Reid claimed 2-62 for Alderley with Parry unlucky to only claim 1 wicket for 46 from his 17 overs. The win took league leaders Chester 48 points clear at the summit with 3 games of the Cheshire County League season remaining.

Chester completed a sweep of the weekend's results with their Second XI claiming victory at Moss Lane by the same margin as their First team counterparts. Winning the toss and electing to bowl first the Chester attack were quickly into their work reducing the hosts to 15-3 on the back of opener Alex Townend's 3-15. Number 3 Jonny Scurrah with 29, and Number 5 Tejas Rao's 21 took Alderley's score past the 50 mark before both fell to Robin Fisher whose 5-30 off 12 overs pulled the rug out from the remainder of Alderley's order, tumbling to 99 all out in the 39th over.

An opening partnership of 85 between Alex Nash (55) and Luke Ramsay (30) sent Chester on their way to victory and despite a late clatter of wickets Andrew Metcalfe and Reg Wyatt saw the visitors home, Harry Elms with 2-39 was the pick of the Alderley attack.

On Sunday, Alderley's Third XI rescued some pride for the club with a crushing 140 run win over Hyde at Moss Lane. Winning the toss and batting first Alderley's batting line up produced the goods with knocks of 64 from Henry Stevinson, 40 from Tejas Rao and 29 from Ashray Bhampidipati powering the home side to 204-7 where they declared with 4 overs of their allotted 45 remaining.

The decision was fully vindicated as Alderley steamrolled the Hyde batting order, dismissing them for just 64 in the 26th over of their innings. Harry Elms followed up his good form from the previous day claiming 4-17 and Katie Haszeldine, Will Chalk and Rocky Flintoff each grabbed two wickets in a fine performance from a young Alderley team.