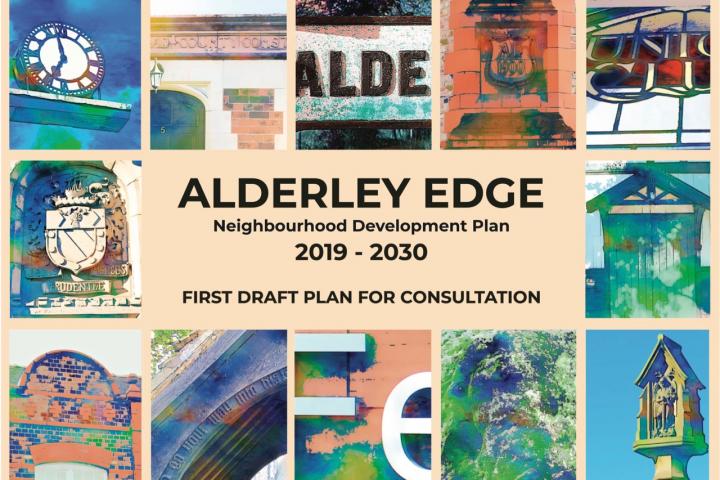 Local residents, businesses and employees are being invited to attend a drop in session today (Tuesday, 13th August) to learn more about the draft proposals being put forward for housing development, car parking, protection of green spaces, the local economy and infrastructure in Alderley Edge.

Following three years of gathering evidence, researching and consulting, the draft version of the Alderley Edge Neighbourhood Development Plan (NDP) is now available for public consultation and those with an interest in the village are being encourage to attend the first of two drop-ins at Alderley Edge Library from 5pm to 8pm today.

Copies of the draft NDP will also be available to view along with questionnaires for your feedback.

The Alderley Edge Neighbourhood Development Plan (NDP), which is available for public consultation until September 12th, includes a draft vision, 7 objectives linked to the key planning themes of the plan and 21 draft policies which have been put together to help deliver sustainable development in Alderley Edge up until 2030.

A second drop-in session will be held on 10th September at Alderley Edge Library from 5pm to 8pm.

Following the informal public consultation on the draft NDP in August and September, the NDP group will consider all the responses, revise the draft NDP and then publish the final version of the draft NDP for the required 6 week formal consultation later in 2019. Following this the NDP will be further revised and then submitted to Cheshire East Council who will check it and publish it for a further 6 weeks consultation.

Duncan Herald
Sadly I cannot attent the meeting.
May I mention re. Green Spaces, that it seems to me that intentions for the development of the park will reduce the amount of Green Space with a resultant lowering in Biology Variety and thus a lowering of niches/habitats and so a lowering of Species Variation.

David Smith
Not much notice - or have I missed a previous 'advert'? Trying to keep it quiet and stop anyone making adverse comments?