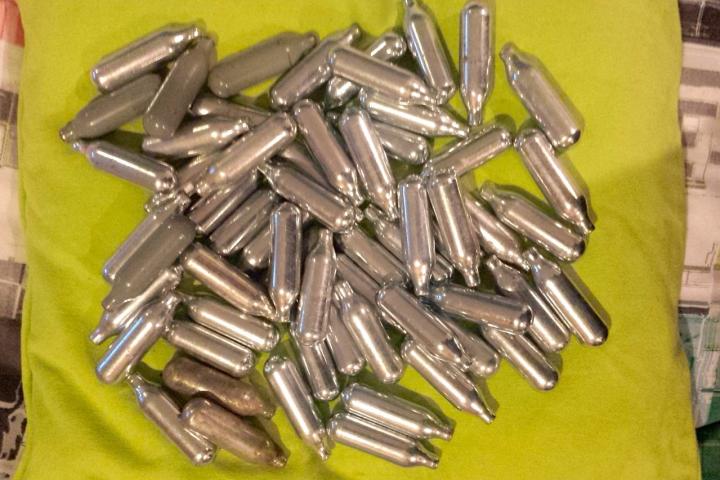 Local litter pickers are concerned about the drug debris they are finding in the village, including nitrous oxide canisters and balloons and some prescription drug packets.

They are frequently finding these items, particularly at the layby on the left at the top of Macclesfield Road, as you head out of the village.

Dr Victoria Taylor said "It's mostly nitrous oxide canisters and balloons which are used for recreational inhalation and also some over the counter and prescription medicine packets which again, when mixed, can be used for recreational purposes. Both these methods are potentially dangerous to health and could be fatal.

She added "There is a free local drug and alcohol service called Change, Grow, Live based in Macclesfield. Patients can self-refer without seeing a doctor and it's completely confidential.

"Talk To Frank is also a brilliant website for users and for concerned friends and relatives who think someone they know is using.

"We also frequently see and try to help people with substance misuse problems but these recreational users rarely seek medical help from the GP as it's often not seen as a harmful issue."

Duncan Herald
Alas there is still similar in the park also.
We used to have a PCSO who included the Park as patrolable; could we have another now?

Duncan Herald
On a related topic: there is a rumour around the park users that the bowling green is to be closed, either to 'rest' it or because it is ti be dug up and re-surfaced.

I asked an ANSA chap this morning and he had no knowledge of aught such.

Is this just one of those rumours that somehow self-generate or is there some truth ?

Craig Browne
I am in continuous discussion with officers from ANSA (Parks Maintenance) over the condition of the bowling green, which suffered quite badly during last summer's heatwave.

As part of these discussions, consideration is being given to relaying the bowling green next year subject to the availability of alternative accommodation for the various bowling clubs that currently use the park.

Consideration is also being given in the meantime to the erection of pest control fencing to protect the bowling green from further damage.

The various bowling clubs are aware that these discussions are taking place and are being kept informed of developments.

Further details will be released as part of an overall masterplan for the park, which is currently being prepared by ANSA.

Claire MacLeod
Sounds as if it was just gossip, Duncan.

Duncan Herald
Claire,
you may be right.But the contents of Craig's post above and the rumours do seem to have something in common?

Some years ago C.East (or was it Macc, B.C. then) refused to errect a fence around the Bowling Green as, they claimed, it would encourage children to use the Green as a football pitch!

If the Bowling Green is to be relaid, might we know the cost and who will fund the works?

While on the subject, might we be told of the current income from and costs of the bowling?
Green and clubhouse please. Perhaps as part of the 'Neighbourhood Plan?