Owners of illegal firearms encouraged to surrender their weapons 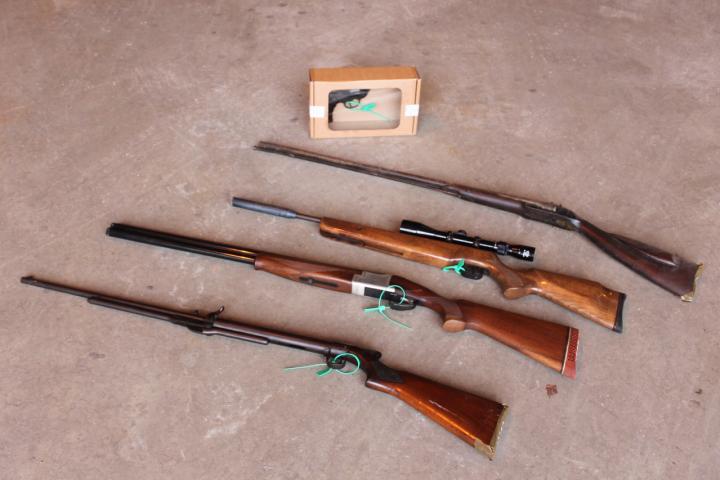 Owners of illegal firearms in Cheshire are being given the opportunity to surrender their weapons to stop them from falling into the hands of dangerous criminals.

Between Saturday, 20th July and Sunday 4th August all guns and ammunition can be handed over anonymously at police stations throughout the county.

Anyone who chooses to surrender their gun will not face prosecution for being in possession of the weapon, which can normally lead to a five year prison sentence. They will also prevent them being placed into the hands of criminals who cause harm, make threats and intimidate our communities.

Officers are also encouraging the public to hand in airsoft weapons or BB guns which can also be used by criminals as a way to intimidate or threaten people.

An investigation will be launched by police if a weapon handed in during the fortnightly campaign is found to have been used in a crime.

Throughout the two week surrender the public will be able to hand firearms and ammunition at Macclesfield Police Station on Brunswick Street in Macclesfield which is open 8am – 8pm Monday to Saturday. The weapons must be carefully wrapped and packaged before being brought into the police station.

The firearms will then be deactivated and safely destroyed.

Inspector David Price said: "Although crimes involving illegal guns remains low in Cheshire we know there will still be people out there who will be in possession of them.

"In the majority of cases we tend to find either those with guns have long-forgotten they have one hidden away in lofts and sheds, while others don't realise the firearm they have need to be legally registered by police.

"I would also encourage people to hand in imitation firearms or air weapons which can look just as real to victims of crime and can be used to intimidate and instil fear.

"It isn't unusual for the public to hand in firearms throughout the year, however the next two weeks is an opportunity to remind people who may have an unwanted weapon that they can remove them anonymously without being prosecuted.

"It goes without saying that if you hand in an illegal or imitation firearm then you will be ensuring they don't get into the hands of criminals, making your community a safer place."

David Keane, police and crime commissioner for Cheshire, added: "There are a number of reasons people may find themselves in possession of a firearm which they should not have, including inheritance or no longer having a use for it.

"This surrender provides the opportunity for people to hand over firearms to police which will prevent them from being picked up by criminals.

"Thankfully, Cheshire doesn't have a huge problem with gun crime but if a fire arm gets in the wrong hands it can have serious and potentially fatal consequences.

"I'd encourage anyone who thinks they may illegally hold a firearm to do the right thing and hand it over to police."