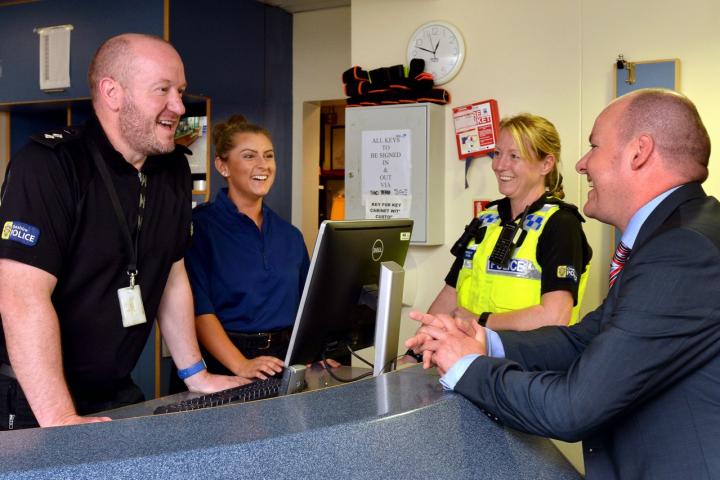 Cheshire Constabulary have introduced a number of measures at their custody suites which are designed to improve conditions for detainees and provide more protection for custody staff.

The new measures include improved access to showers, pillows and exercise facilities for overnight detainees, the issuing of anti-ligature knives to all custody staff and a new process implemented for the management of cell keys within the three custody suites in Cheshire.

Cheshire's police and crime commissioner (PCC) David Keane said: "A huge amount of work has been carried out by Cheshire Constabulary to make improvements to all of the custody suites in Cheshire. These are basic human rights issues that need to be in place to ensure we protect peoples' dignity.

"I'm also pleased that Cheshire were in-front of a change in the law guaranteeing that female detainees have access to sanitary products while in police custody. This is a further step in ensuring detainees are treated with respect.

"I'll now be looking to my volunteer Independent Custody Visitors (ICVs) - who do a fantastic job checking on the welfare of detainees - to ensure detainees continue to have access to appropriate facilities and to suggest further improvements.

"ICVs act as 'critical friends' providing me with invaluable feedback on the welfare of detainees from an independent, impartial and non-discriminatory view of all parties involved in the custody process.

"Over the last year, ICVs made a total of 150 unannounced visits to custody suites across Cheshire, offering to check on the welfare of 1,189 detainees. I am extremely grateful for their commitment and support in ensuring the standards of our custody suites remain at a good level."

Duncan Herald
Not a lot in the above about the victims?

Chris Jones
It surely must get to the point where criminals get treated as such.
Our crime commissioner Keane thinks not, make them comfortable .The photo above says it all. Laughing while travellers crap human waste all over Alderley Park, and then with no evidence to make arrests expect law abiding citizens to clean up after them.
Sadly they do.

David Hadfield
Well said Duncan Herald and Chris Jones.
Never mind the villains getting banged up, what about the poor victims indeed !