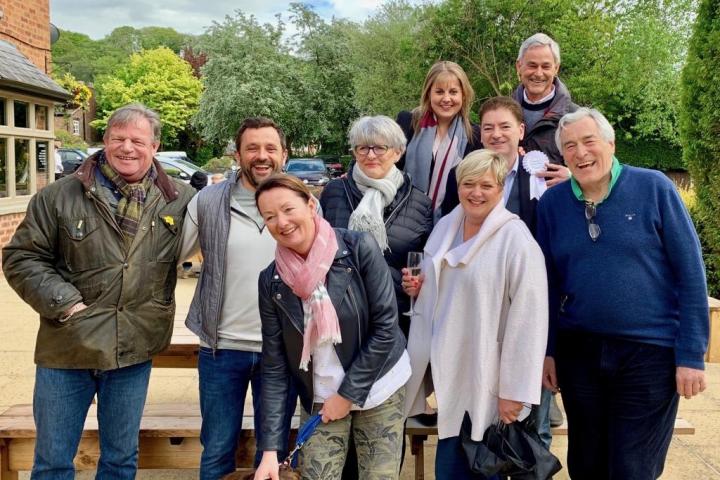 Alderley Edge First have retained all nine seats on Alderley Edge Parish Council which they won at the last election 4 years when they defeated the nine Conservative candidates.

The group which came together a few months before the 2015 local elections to challenge the existing Alderley Edge Parish Council members, have achieved a second comprehensive victory.

Councillor Craig Browne said "We would like to thank everyone who turned out to vote. We are nine village residents who have pledged to do our best for our community.

"During our first term of office we worked hard to be open and accessible and to defend the interests of all our fellow residents. These are the same principles we will take forward over the next four years."

The turnout was 42.73% which is relatively high for a parish council election, the turnout for the two Wilmslow wards which have been announced so far was 14.76% and 14.51%.

* Existing Parish Councillor prior to the election on May 2nd 2019.

Karen Robinson
Well done to all of you. Doing a great job for our village

Terry Bowes
Well done and carry on with the good work.

Alan Brough
Well deserved recognition of the tremendous work and openness that has characterised AE1’ s term in office.

Ruth Norbury
Absolutely delighted for all of you, well done & congratulations.
Looking forward to the next 4 years in safe hands, and the village continuing to be a place where people want to carry on making things better.
Thank you all nine of you.

Graham McLelland
Having seen first hand how the Alderley First candidates have worked in their own time tirelessly making the whole area into something we should be proud of , in the village,the park and on Bollin Fields estate it shows to me that they care and should be voted in. Good luck and best wishes to you

Claire MacLeod
I am so delighted, and not at all surprised, that the village has given the most ringing endorsement it can to the Alderley First candidates who have proven over the last four years that it is perfectly possible to run the Parish Council as an efficient, diligent, productive, transparent, open, approachable and hard-working entity. This result couldn't be more deserved. These people have done exactly what they said they would, put Alderley First. And then some. Very well done, all of you.

Helen Gaughan
Well done all of you from Charlie and myself . Whilst we weren’t able to vote ourselves ( due to living in the back of beyond , Mobberley !! ) We are always willing to lend our support in other ways . Such a well-knit team , you’ve achieved so much and will continue to do so . Bravo and love from us x

Kath Foster
Absolutely deserved. The team work so hard on behalf of the village and are available and accountable. As a village we are very lucky to have them.

Kristina Hulme
Fantastic News and thanks for all the good works undertaken so far. Gives a great inspirational message to all our neighbours.
Well done Craig and all of the independents.