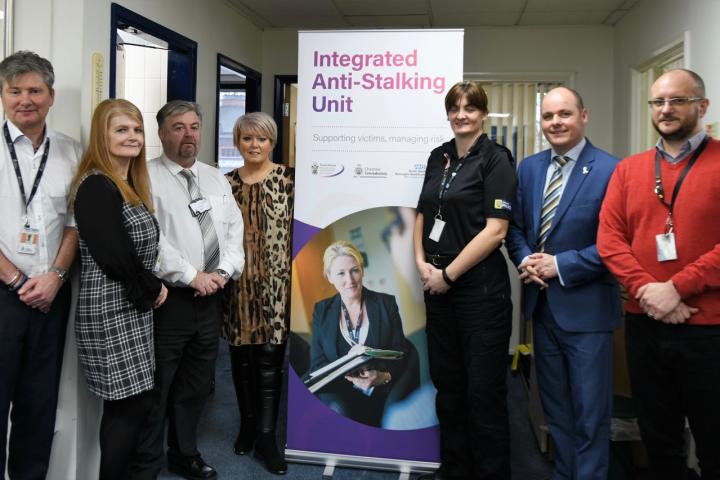 Cheshire's anti-stalking unit which has managed 260 referrals since it was launched just 10 months ago.

The Integrated Anti-Stalking Unit (IASU), which is only one of three in the country and the first of its kind in the North West, is being run by Cheshire police in partnership with North West Boroughs Healthcare NHS Foundation Trust. It offers victims one-to-one support while working closely with the perpetrator to ultimately manage the risk of further harm to the victim and the wider community.

Its work brings together an experienced team of police officers, mental health professionals, outreach workers and victim advocates to assess each stalking allegation on a case-by-case basis before deciding on a suitable method of intervention.

Of the 260 referrals, 83 were taken on by the unit for further risk management – which has included direct contact with the victim and/or offender. Partners have worked together to investigate and manage the other 177 cases.

This week, (8-12 April), is National Stalking Awareness Week which is about raising awareness of stalking and the stories behind the statistics.

PCC David Keane said: "Stalking is abhorrent crime which has a deeply traumatic, long lasting impact on its victims and can often lead to other serious crimes.

"It is fantastic to see the progress that Cheshire's Integrated Anti-Stalking Unit has made in its first few months of operation.

"This ground-breaking work is not only helping victims of stalking, it is also managing the risk caused by perpetrators, which will hopefully reduce the number of stalking cases we see in the future.

"I'd like to see the work of the IASU rolled out nationally and I hope it inspires other police forces to implement this innovative way of tackling stalking."

Photo: PCC David Keane at a recent visit to the unit with the Victims Commissioner, Baroness Helen Newlove, and officers and staff at the unit.