Call for greater scrutiny of Council's decisions voted down 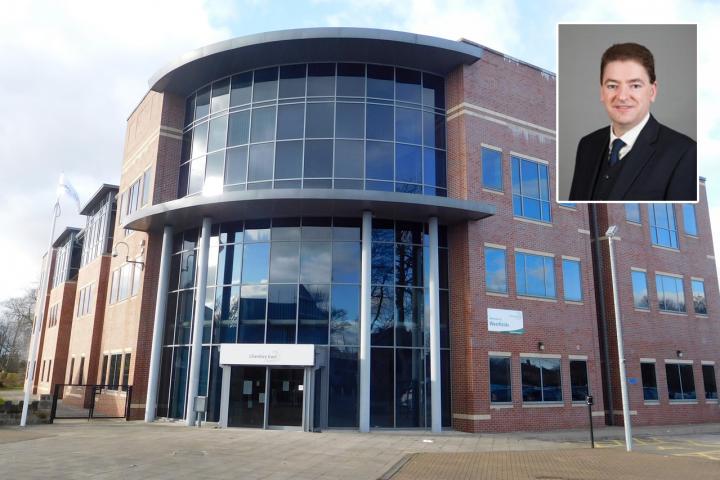 As reported yesterday, a call to replace the current cabinet system at Cheshire East Council with a committee system was voted down at a special meeting of the full council held on Tuesday 5th March.

In addition to the 'changing to a committee system form of governance' motion, which he seconded, Cllr Craig Browne proposed a motion that "in the interests of good governance" the Chairs of the four scrutiny committees should all be allocated to opposition groups.

Cllr Craig Browne explained "Scrutiny Committees are an important part of the process of holding the executive (i.e. the Cabinet) to account. The intention is that they scrutinise the decisions made collectively by Cabinet, as well as by the individual Cabinet members and then make recommendations.

"Currently, at Cheshire East Council, the Chairs of each of the four Scrutiny Committees are held by members of the same political group which makes up the Cabinet; also, they are appointed by the Leader of the Council, whose decisions they are supposed to be scrutinising.

"As these Scrutiny Chairs also receive an extra financial allowance of £7,500 a year, this strengthens the perception that the allowance system is able to be used as a form of patronage, where loyalty may be bought."

Cllr Browne added "I felt strongly that this practice needed calling out for its lack of transparency."

Whilst members of the Independent Group, the Labour Group and the Liberal Democrat Group supported the motion it was voted down by 36 votes to 22.

David Hadfield
Craig, many thanks for your informative "Councillor Craig Browne Newsletter" which I recently received in the post, as presumably has everyone else in your area. It's excellent and describes in detail much of the good work you do for us all in Cheshire East and, specifically, Alderley Edge.
It's easy for us to complain about the many items Cheshire East get horribly wrong (and, oh Yes, they certainly do) !!! ..... but it's reassuring to know you're around, sorting many of these things out on our behalf …….
Your input here is of great value ….. Many thanks once again, Craig.

David Hadfield
May I use this article to criticise the lack of awareness and responsibility Cheshire East Council has over the subject of LITTER, RUBBISH and DEBRIS !
Earlier today I drove along the Alderley / Wilmslow / Handforth Dean By-Pass and the amount of rubbish left at the side of the road was quite astonishing …… In fact, wherever you go nowadays you see huge amounts of rubbish lying around on the roads, pavements, footpaths, fields, play areas, etc.
I realise at the end of the day the real culprits are those irresponsible people who actually throw away their rubbish without any thought as to whether it'll be picked up or not.
However, Cheshire East Council also have a responsibility to keep the county clean and tidy so can someone from the council take immediate action and have a huge purge on clearing away all this disgraceful rubbish ?
Surely, all the council workers, managers, councillors, directors, etc, must drive to work every day and see all this rubbish lying around ?
Or are they oblivious to it ?
Whatever must visitors and tourists think of these eyesores ?

Kelvin Briggs
I agree with David that there is a national litter epidemic that is getting worse.The local bypass roads are particular eyesores. Shame on those who litter our roads!

Our group works with Ansa Services to rid the village and roads leading in to it of litter. Most weeks our team fill at least 8 sacks of litter that Ansa take away for us.

If anyone would like to join us on a Litter Pick, simply turn up at the station car park at 10:00am any Monday . We feel we make a telling difference to the appearance of the village. Working with Ansa , we can create a greener, cleaner more beautiful village. Growing Pride in our Village is something we can all sign up to!

Look out for details in the next few days of two local Litter Picks 'Alderley Edge in Bloom' are organising as part of the 'Keep Britain Tidy' Great British Spring Clean Up Campaign.

We are running two Litter Picks, one in the Park and the Village , Saturday 6th April, and other, Saturday 13th April, along the Melrose Way stretch to Chelford Road on the Alderley Edge bypass.

Here is some information about the National Campaign:-

Whilst I agree with David that Cheshire East Council have a responsibility to clear up the litter, there is only so much they can achieve. A little self help goes a long way as our group have discovered.

Details of the Litter Picks will be communicated in the next few days.