One in 10 shops lay empty 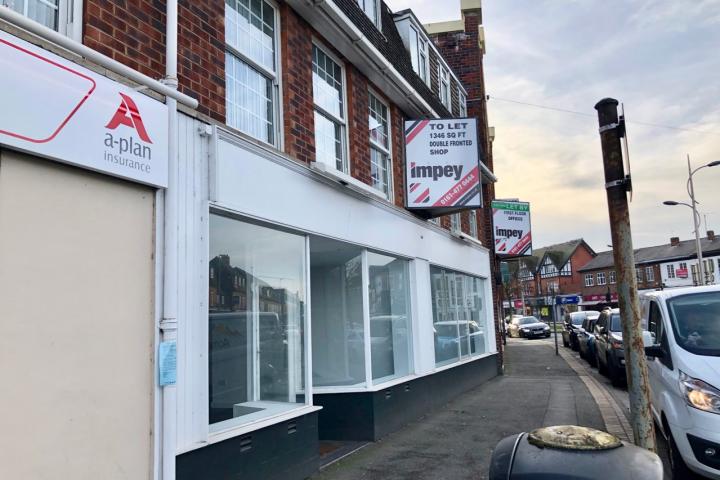 With high streets and town centres facing unprecedented challenges across the country as a result of changing consumer behaviour, the latest data shows that one in ten shops in Cheshire East was empty in 2017/18.

Figures included in the council's authority monitoring report 2017/18 show that the borough had an overall town centre retail unit vacancy rate of 10.2% - which was better than the average national vacancy rate of 11.2% for the same period.

In Wilmslow there were 26 units vacant, which represented 9.3% and was the same as the previous year, whilst in Handforth the number of vacant units fell from 7 to 5, making the vacancy rate 6.5%.

Across the borough the vacancy levels at six town centres had reduced since 2016/17 but increased in five town centres compared to the previous year, although in the case of three of these, the 2017/18 level was lower than the equivalent 2015/16 figure.

The lowest vacancy rate of 3.3% was in Knutsford whilst the highest in the borough was 25.8% in Crewe.

Councillor Ainsley Arnold, Cheshire East Council cabinet member for housing, planning and regeneration, said: "While our town centres compare well, we recognise that retailers continue to face significant challenges and that we need to continue to support them.

"Changing behaviours and trends, driven by a range of economic, demographic, social and technological factors, are affecting the prosperity and vibrancy of high streets up and down the country.

"However, this council is fully committed to doing what is within our power to help our high streets survive and thrive and we are continuing to progress a number of initiatives and schemes for our town centres – many of which represent significant investment."

In Cheshire East, there are long-term plans for the borough's two principal towns – Crewe and Macclesfield – to address the challenging retail landscape.

In Crewe, while vacancy levels have risen at the end of 2017 the council began securing vacant possession of all properties within the Royal Arcade, ahead of redevelopment plans for the site.

The redevelopment of the Royal Arcade, which will feature a new eight-screen cinema, gym, restaurants and shops, a multi-storey car park and a new bus station, is part of a £48.3m regeneration programme in the town centre.

Cllr Arnold said: "The council has a clear strategy for regeneration in Crewe and has made a commitment to invest significantly in the town centre, to encourage growth and address the steady decline in footfall.

"Our strategy is based on more leisure uses, better facilities and a higher quality environment – ensuring the town centre diversifies its offer and becomes an attractive place where people not only shop, but choose to spend quality leisure time both during the day and evening."

In Macclesfield, the figures show that the town has the most vacant units in the borough with 53 empty, which represents 9.5%.

The council is pursuing an enhancement scheme for Castle Street and has worked with a consultant team to develop a 'strategic regeneration framework' to guide future efforts to revitalise the town centre.

Cllr Arnold said: "The aim of this strategic regeneration framework is to set out a fresh vision for Macclesfield town centre, focused on its key role in underpinning and driving an exciting and prosperous future for the whole town.

"We won't, however, lose sight of the area's important heritage, sense of place and its individual character, which are held in high regard by local people and visitors alike."

Duncan Herald
'fully committed' sounds good; might that include a significant program to enhance parking in A.E. ?
As far as I can tell there is less parking now than there was a year or two ago! That doesn't do much for the traders?
I know its not an easy problem to solve, but one grows weary of being told by poiticians that something will be done; eventually?

You're up to your old mischief-making again.

You know better than most that there are actually MORE parking spaces in the Village than there were a couple of years ago, don't you?

You know that additional on-street parking spaces have been added both on London Road and on a number of side streets. You also know that the Ryleys Lane car park has been re-jigged to provide additional spaces.

Furthermore you know the difficulties surrounding the "unlocking" of a sizeable piece of land that would serve as a car park. You might also have reflected on the large numbers of local people who emphatically rejected the notion of sacrificing a piece of recreational space on the altar of (Conservative) CE's Planning Dept.

I'm going to speculate that you're thinking of having a tilt at regaining a place on the PC in May; I shall get my popcorn and grab a comfy seat.

Duncan Herald
Have you taken into account the 30-35 spaces lost on Trafford Rd., between Chapel Lane and Macc. Hill? When lots of double yellow lines were put in place; when a sensible alternative would have been to make it one-way; I believe that our C,E. councillor was not against the one-way idea.

There is NO chance of my standing again as a Parish Councillor; done my share thanks! Its a tiring and thankless task as evidenced by the number of present Parish Councillors standing down after just the single time!

I grow weary of people telling me that it is not possible to turn land into car park; whatever happened to that good old British 'get up and go'?

Have you noted the P.C. plan (see above) to investigate putting 44 spaces on Hayes Lane?

Re. 'parking on side streets'; amongst the list of lost spaces, have you counted in the losses of spaces following the 'residents only' parking on two of the 'side streets'?

More parking spaces that there used to be? Are you the one who is 'up to mischief making'?

You still can’t even spell Heyes Lane correctly after all this time.

You concern yourself with parking to save local businesses whilst your Conservative CE Council have just announced increases in their parking charges for local council car parks - you can’t have it both ways old chum!

Duncan Herald
Evening Alan,
I don't see it as an either/or; two separate matters.
Parking for the benefit of traders (and indeed workers) is a thing of urgency, would you not agree?
Car parking charges will always move upwards; and not only in C.E. ?

I return to my thesis; there is now less available parking and the amount is lessening faster than new bays are found.

I am not in the business of blaming any particular group for this BUT if there is no significant improvement, the % of empty shops will sadly increase.

Perhaps the vibrant Neighborhood Plan people will come up with a masterstroke?

Or perhaps we will have to return to 'taking' some allotment land? If the Parish Council agree and C.E. agrees and the DeTrafford Estate has no objection then mayhaps something can be 'worked out'?