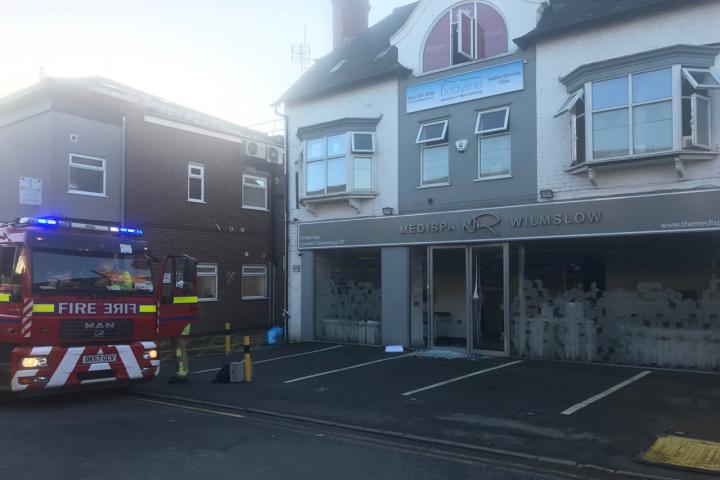 A 40-year-old man from Gateshead has been arrested on suspicion of attempted arson with intent to endanger life in relation to an incident in Wilmslow town centre last month.

Seven fire crews attended a fire at at a cosmetic clinic and Pilates studio on Hawthorn Lane in the early hours of Thursday, 17th January.

The fire at the two-storey property, which is a converted printworks now comprising of several business units, was started by a petrol bomb being thrown through the side door.

Whilst the Pilates Studio was completely destroyed by the fire, the door also provided a back entrance into the Medispa cosmetics clinic, which is believed to have been the target of the attack and was also badly damaged by the fire.

DS Matt Ashton said: "At 2.08am a man was seen arriving on a moped or scooter, which had an 'L' plate on the front. He was seen at the side door before the building is set alight.

"An abandoned moped was then recovered at 10.35am from Mount Pleasant in Wilmslow, which we believe is connected to the fire."

The 40-year-old man has been released under investigation pending further enquiries.

Anyone with information about this incident should contact Cheshire Police on 101 or online quoting IML 296559.