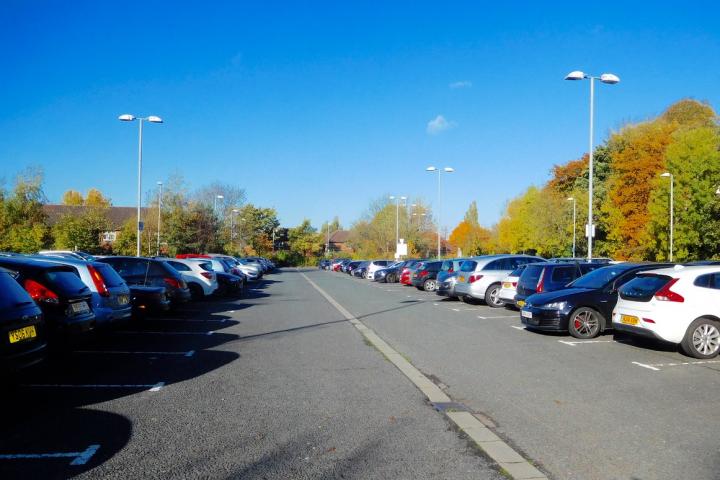 Cheshire East Council has reduced the planned increased for long stays at one of the town centre car parks over concerns that it would negatively impact those who work in the town.

However, as reported last week, motorists wishing to park their vehicles in Broadway Meadow car park for over six hours will still be hit by a 70% increase in fares from next month.

Initially Cheshire East Council has intended to hike the charges by over 100%, but following a three month consultation, they reduced the level of price hike and backtracked on plans to designate Broadway Meadow "as a commuter railway station car park".

Explaining the decision a spokesperson for Cheshire East Council told wilmslow.co.uk: "We received 296 representations during the consultation period, the majority of which, were in relation to the proposed increase in charges at Broadway Meadow car park, in Wilmslow.

"After carefully considering the comments submitted, the decision was taken to not designate this car park as a commuter railway station car park.

"This decision takes into account the views that the car park is not directly linked to the train station and that increasing the charges to a train station car park fee could negatively impact workers in the town.

"There was also a considered risk that the increases in fees, to the proposed levels, would have led to an increased of on-street parking, which would negatively impact local residents.

"We would like to thank everyone who took the time to comment on the initial proposals, as this has led to some changes that reflect the views of local communities and service users."

At the same time, the hourly tariffs on the other Cheshire East Council-owned car parks - South Street in Alderley Edge and Broadway Meadow, The Carrs, South Street, Hoopers, The Rex, Spring Street, and the Leisure Centre car parks in Wilmslow - will increase by 10p on March 8th.

Duncan Herald
Might it be possible for Cheshire East to release, into the public domain, the income and the expenditure re. Broadway Meadow, to enable us to see whether the proposed increases are needed to maintain the facility or are just a way to raise money?

I can answer your question in part.

The Council receives an annual income of £5M from car parking charges across the Borough. £3M of this is used to finance car parking services, £2M is net surplus.

The Council is already in receipt of more income that it needs to support car parking services.

I refer you to the Councils press statement released on 8th January:

“The additional revenue, generated from the parking services across the whole borough, is currently around £2m each year. This is part of the council’s overall income and as such is used to fund other services provided by the council, ensuring it can continue to deliver a range of essential frontline services.”

Effectively this is therefore a form of an additional tax for those who live and work in Cheshire East.

Despite repeated requests to the Council for clarification of what this net surplus is used for no reply has been forthcoming. Similarly no justification has been provided for the further additional increases at car parks, including those proposed at Broadway Meadow, particularly given the parking consultation is still ongoing in Wilmslow.

Income receipts from all car parks is available on Cheshire East Councils website alongside an annual report and there is a clearly a huge disparity across the Borough. In Sandbach for instance car parking is free.

Tony Haluradivth
They have still not (after 1 year) sorted the "electrical supply issue" affecting some of the ticket machines which mean they do not accept cash or contactless. A really unhelpful parking "gauleiter" told me in a patronising fashion to download the Ringco App. Which if everyone used it brings CEC and exta 20p on top of the stated fee. So it makes sense not to fix the machines and enthusiastically encourage all folk to download the rip off app.