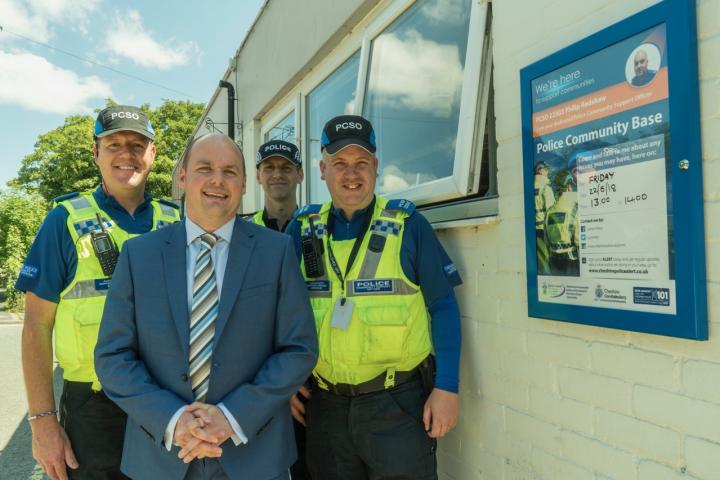 Cheshire's police and crime commissioner has confirmed that extra funding from the council tax precept will be used to provide an additional 43 frontline police officers and seven PCSOs over the next year.

This is part of David Keane's budget for 2019/20 which received support from the county's police and crime panel at their meeting today (Friday 8th February).

The policing precept will rise by an average of £2 per month following a public consultation in which two thirds of respondents said they would be willing to pay more for policing to keep Cheshire communities safe.

The commissioner launched the consultation following a government announcement that police forces nationally would receive extra funding to cover unavoidable pressures on policing but built a fixed council tax increase into the equation.

David said: "I have spent the last year lobbying central government for a properly funded police service for Cheshire residents and I am not comfortable that the government has, once again, shifted the burden of police funding onto the local taxpayer.

"Raising the precept is not a decision I have taken lightly as I realise any increase in taxation will be challenging for some of our residents. However, the chief constable needs this extra investment in frontline officers to deliver a police service which is effective in keeping our communities safe.

"We have lost 135 officers since 2010 and this budget will help us start to address the adverse effects austerity has had on police numbers. The extra officers will help prevent complex crime, which often starts in our communities, at its root-cause. They will also be integral in further developing the community base model, introduced in 2018 to bring back real neighbourhood policing to Cheshire."

Within the budget, the commissioner has also earmarked funding for a dedicated cyber-crime support team within each local policing unit to deliver prevention activity for cyber-crime, which forms a significant part of reported crime in Cheshire and generally goes unreported.

Additional funding has also been allocated to support the investigation of domestic abuse, with the aim of working at a local level to reduce repeat victimisation, currently standing at 1 in 5 amongst domestic abuse victims.

David added "This budget also has a real focus on supporting victims which is one of my key priorities. I am committed to putting victims of crime first and ensuring the appropriate support is available to help them cope and recover from their ordeal.

"In addition to this, I have, yet again, ensured the budget for my office remains at the lowest possible level to provide value for money for Cheshire taxpayers and I will be ensuring that, where possible, any savings made during the current financial year are invested into frontline policing."

Duncan Herald
Aldeerley Edge is currently withiout a PCSO I believe?
Is it possible that the above will see us have one or a part of one?

Alderley Edge does indeed have a PCSO; her name is Anna Jenkinson and she is regularly to be found in the village. Anna also joins me at some of my monthly surgeries at the library and is part of our Community Speedwatch team. On Wednesday evening, she helped to run an event advising parents and children about online safety, at Alderley Edge Primary School.

Duncan Herald
Hi Craig,
I must have missed seeing her around.
Re. another site here, does the PCSO's 'beat' currently include the park?