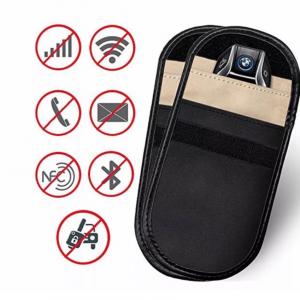 Police have received a number of reports recently of thefts from motor vehicles parked in Alderley Edge where the cars were believed to be locked and there has been no signs of forced entry.

Although police cannot confirm this, they believe the incidents could be due to keyless entry and are advising motorists to consider using a faraday case to protect against this.

Thirteen incidents of thefts from vehicles have occurred in Alderley Edge in the past three months and on only one of these occasions the vehicle had been broken into, all the rest were reports of items being taken without forced entry.

Vehicles parked on Davey Lane and outside The Merlin were targeted in November, whilst in December there were 8 incidents in 4 days on Hough Lane, Tempest Road, Tyler Street, Horseshoe Lane, Lynton Lane, Heyes Lane and two on Crescent Road.

In January there were three more incidents of thefts from vehicles, which were parked on Moss Lane, St Hilary's Park and Brook Lane.

PCSO Anna Jenkinson told alderleyedge.com "Unfortunately we have no way of telling whether these cars were left insecure or whether some form of scanning keyless car fobs have been used, or another method to get into them.

"All victims believe they had left their cars locked and we are aware that in other parts of the country keyless entry cars have been targeted and signals picked up from inside the address to be able to open cars and steal them. At present we are only aware of cars being actually stolen using this kind of technology, but that does not mean it is not being used for theft from motor vehicles."

A range of items have been taken, including money, laptops and a watch.

PCSO Jenkinson added "We would strongly recommend vehicle owners to double check that their car is locked and alarmed when leaving it, no items are left on view, and all valuables are removed.

"Also if drivers have a keyless entry vehicle it is advisable to buy something that stops the transmission so it cannot be scanned when you are not using it such as a faraday case/bag, these seem to be reasonably cheap and will block any signal transmitted. We also recommend thinking about 'old school' safety measures like a steering wheel lock and bollards on drives."