League tables put King's at the top for Cheshire East 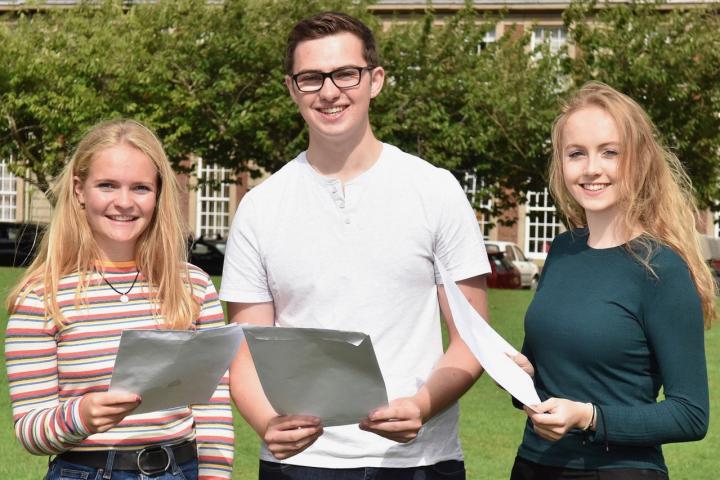 Department for Education League tables published last week show The King's School in Macclesfield to be the top performing school in East Cheshire at both GCSE and A Level for the fifth consecutive year.

The league tables show performance for both independent and state maintained schools. At GCSE level (Key Stage 4), King's Attainment 8 score was 6.6. This is an average of a pupil's grades across eight subjects taken from the compulsory Maths and English and a mix of the Sciences, Languages and Humanities. King's was the best performance by any school in East Cheshire with more than 90% of pupils achieving a Grade 5 or above in the core subjects of English and Mathematics.

Their average E baccalaureate score, an average of grades across a basket of subjects, was 6.41. King's was again the best in Cheshire East, which had a county average of 4.17.

At A Level (Key Stage 5), King's average points score was 42.19 with an average grade of B+, again the best in Cheshire East on both measures.

The grade for a student's best three A levels was B+, also the best in Cheshire East.

In addition to these attainment ratings, the DfE produces a Progress 8 rating which is an indication of pupils' examination results at both face value and also judged against how they were anticipated to perform based on their academic performance at age 11. On the key 'Value Added' ranking, King's was ranked in the top 15% of all schools nationwide.

King's Headmaster Dr Simon Hyde said: "We're delighted to maintain our position as the top performing school in East Cheshire. Whilst it's good to celebrate another great set of results for our students, we must never forget that education is about more than just grades. We know these students are also excelling in a range of musical, creative, sporting and extra-curricular activities and will be well-equipped with the skills required for life after school."