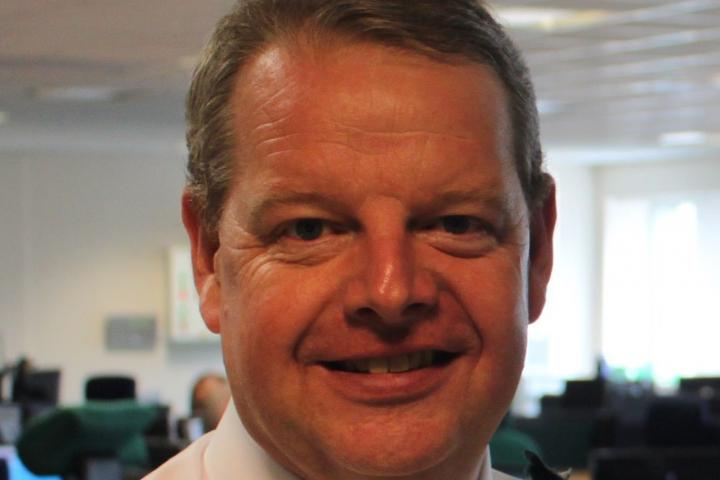 An independent panel which carried out a gross misconduct hearing of the former Chief Constable of Cheshire Constabulary has concluded that there was no evidence to prove the allegations against Mr Byrne.

Simon Byrne was suspended in August 2017 following an independent investigation into his conduct.

An allegation about the former Chief Constable's conduct was made towards the end of 2016, which was referred to the Independent Police Complaints Commission (IPCC) and then passed back to the Cheshire Police and Crime Commissioner for a local investigation. Having considered the evidence, Cheshire Police and Crime Commissioner, David Keane determined that there is a case to answer for gross misconduct and the matter was referred to an independently chaired gross misconduct hearing.

The hearing, which is being held in public, started in April, but was adjourned and completed in July 2018.

The independent panel's report in relation to the misconduct proceeding, which has been published, concludes that they have found no misconduct (or gross misconduct) by Mr Byrne in the evidence presented to them.

Mr Byrne has over 35 years of policing experience: he successfully progressed through the ranks and served in Chief Officer roles in Merseyside Police, Greater Manchester Police and the Metropolitan Police Service. In May 2014 he was seconded to Cheshire Constabulary from the Metropolitan Police Service where he was serving as an Assistant Commissioner, and was appointed Chief Constable following the retirement of Chief Constable Whatton in June 2014.

The report stated "This misconduct panel has been an unfortunate experience for all concerned and our overriding conclusion is that it could – and should – have been avoided. We have reflected at length on the circumstances which led to such a time consuming (and costly) process being used to try and resolve what was essentially a clash of cultures, personalities and attitudes within Cheshire Constabulary following Mr Byrne's arrival. Before May 2014 the ACPO office was clearly a comfortable (and perhaps unchallenging) place to work. With the arrival of Mr Byrne the style of leadership, and the working atmosphere, changed markedly.

"We do not believe there was any intent on Mr Byrne's part to cause distress among those with whom he worked. He was focussed on improving the Constabulary's performance in every aspect he encountered; indeed, it is likely that he was employed by the previous PCC for precisely that purpose. It seems entirely unsurprising that some staff found this challenging – especially where their performance was (with reasonable justification) criticised. No one has a right not to be challenged by a senior colleague determined to improve standards. No one has a right to like those with whom they work. We agree with Mr Byrne that, on occasions in this case, the "potential for challenge and the pursuit of the highest standards of professionalism can be misconstrued, misinterpreted or unwelcome".

"It struck us as likely that Mr Byrne's reputation may have played a part in this breakdown of working relationships. We make no comment about whether this reputation was deserved. But there was a certain trepidation in Cheshire Constabulary about his arrival; when he then started to demand higher standards, and challenged staff more vigorously, we believe some staff were inclined to see it as confirming their worst fears. We understand that it was difficult for some staff to adapt, and we have a degree of sympathy towards them. But they attributed malevolence to his behaviour when there was no justification for doing so. This, we believe, explains the preponderance of allegations which were trivial or exaggerated."

David Keane, police and crime commissioner for Cheshire, said: "I have today published the independent panel's report in relation to the misconduct proceedings regarding former Chief Constable Byrne. The independent panel has stated in its report that the allegations against Mr Byrne are not proved and are therefore dismissed.

"Multiple allegations were made against the former chief constable and the North Yorkshire Police investigation identified multiple cases of misconduct to answer. When faced with such allegations against the county's Chief Constable, I believed I had no realistic alternative but to place the matter before an independent panel for determination of the facts. Any other course would have been against my core values of fairness and openness, and I will not oversee a police service where such allegations aren't taken seriously.

"This process has been time-consuming and costly due the complexities of the Police (Conduct) Regulations 2012.

"Incidentally, the government, who set the regulations, has announced it is amending the process in which complaints against chief officers are dealt with. This is a sign that it recognises the current process needs changing.

"The panel, in concluding their findings, did identify that chief constables in a case such as this would benefit from formal mentoring and that this type of support may, in future, prevent a similar situation leading to an investigation and misconduct hearing of this nature. I agree with this recommendation and will encourage the NPCC to take it forward.

"There will be a number of people who remain significantly affected and will need to be supported. I would ask that their feelings are respected."

Mr Byrne's career began in 1982 as a Metropolitan Police officer. Three years later, he transferred to Merseyside Police where he worked in uniform, CID and at Headquarters, and in 2002 he took the lead role as the police commander for policing Knowsley.

He transferred to Greater Manchester Police in 2009 as Deputy Chief Constable then returned to the Met in 2011 where he headed up the largest operational command in the country, running day-to-day policing in London.

In June 2014 Mr Byrne returned to his home county, to become Cheshire's Chief Constable. He received the Queen's Police Medal (QPM) for distinguished service or gallantry in June 2016.

The misconduct panel's report can be viewed on the Police & Crime Commissioner's website.

Adrian Scott
Simon Byrne came to cheshire from the Met. Police with a very positive history of policing. He came to Cheshire to drive the force forward and to improve policing. Davis Keane was/is a councillor in Warrington who employed a fellow councillors daughter, who the Police and Crime Panel refused to approve. He has also cost the people of Cheshire some £350,000 to pursue this case, which would have paid for an additional ten officers. I met Simon Byrne at his confirmation hearing and was very impressed with him and his impeccable history. If anyone should go as a result of this debacle it is David Keane; as stated by Warrington |Conservative Party. We have lost a very capable and determined Chief Constable for no reason, and it has cost us dearly !!!!

Yvonne Bentley
I do find it odd that out of over 70 allegations, no evidence was found for any of them .

Mark Eltringham
Hi Yvonne. The issue based on what the panel said is that there were issues but these should have been cleared up internally. David Keane was advised that they could constitute misconduct but not gross misconduct. He ignored that and then set up this panel. The whole thing has costs nearly £500,000 and you have to ask why he did that. It looks as though it may have been personal or for some other reason, but it doesn't make sense.

Also worth pointing out that Simon Byrne contract was running down anyway. Now there's a possibility he could sue.