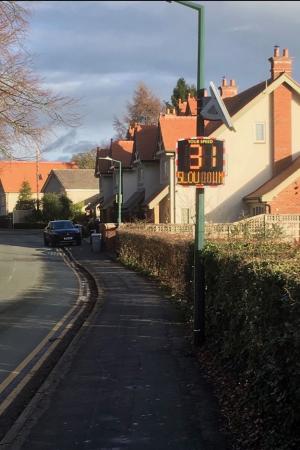 The Parish Council have invested in an additional Speed Indicator Device (SID) at a cost of £1,889 as a traffic calming measure on Heyes Lane.

Councillor Craig Browne explained "This follows complaints from a number of residents and evidence collected from our Community Speedwatch sessions, highlighting this area as a particular problem."

The new SID has now arrived and has been installed by Cllr Mike Taylorson and Councillor Craig Browne.

Councillor Craig Browne added "The location has also been chosen to help raise awareness as drivers approach the concealed junction with Davey Lane, where two vehicles were involved in an accident earlier this year."

The first interactive speed sign, which was purchased by Alderley Edge Parish Council, is installed on Congleton Road.