Xmas comedy at the Festival Hall 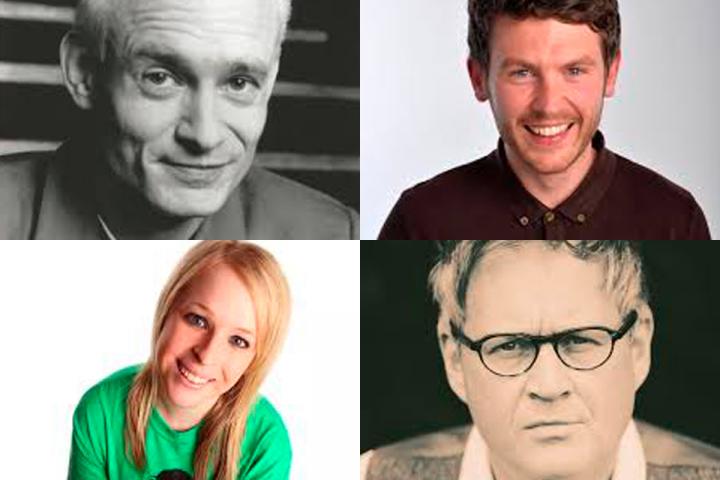 Xmas starts tonight...come and join us for some early festive fun at the Festival Hall on Saturday 15th December.

Manford's Comedy Club will be putting on a live comedy show that features four hilarious comedians who are well-known names on both the UK comedy circuit and television and are all personally chosen by Jason Manford.

The comedy shows are proving to be a popular event in the Alderley Edge calendar and more shows have already been booked for all through 2019. Here's an introduction to the comedians appearing at the show:

Overflowing with down to earth Northern charm, Mike has a laid back style, but can crush a heckler in seconds with his razor sharp wit.

Mike has supported Jason Manford on his previous tours.

Very witty comedian and actor who was named as the new host of BBCs Top Gear Extra Gear in 2017. Has supported Romesh Ranganathan and Russell Kane on their UK tours.

Destined for comedy greatness. Don't be surprised if you see Hayley Ellis on your TV soon, and I don't mean on Crimewatch. One of the hottest comedy prospects going.

Richard has been an established headliner on the UK comedy circuit since the early 1990s, when he was also a regular support act on extensive UK theatre tours for stars such as Jack Dee, Jo Brand, Lee Evans and Phil Jupitus.

Described as "possibly Newcastle's finest export since the famous brown ale" and certainly more consistent than its football team, Richard Morton has nailed the twin talents of musicianship and comedy into one perfect package.

For just £15 you get 4 comedians from the UK comedy scene.

You will be sure of a great night out, and a very warm welcome from the Festival Hall and Manfords team!