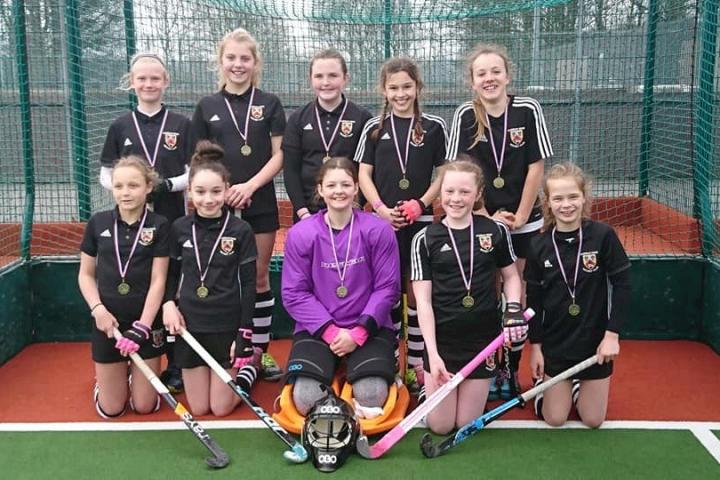 Alderley Edge Hockey Club's U12 girls join the U14 girls and Over 40 men at their respective England Hockey National Finals in May after winning the In2hockey North Regional Finals in Leeds on Sunday, 15th April.

The girls started their campaign with a 1-0 win over York, which they followed up with a 2-0 victory over Morpeth and a 5-0 win against Old Bacchanalians. They then battled well to beat Thirsk, who they would later face in the final, 2-0 to top their group.

The girls faced a strong opposition in the semi-finals in the shape of Rotherham. Edge started slowly and initially found themselves 0-1 down before working out how to get the better of Rotherham's strong midfield. However, they bounced back, earned the win and booked themselves a place in the final.   This game ended 1-1 at full time which meant that the title went down to penalties.

To their credit, all the Edge girls held their nerve and eventually won the sudden death shootout 7-6.  Three teams at National Finals and the Mens 1s promoted to the National League rounds off what has been a ground breaking season for AEHC and is hopefully a taste of things to come for the club which prides itself on providing hockey for all.