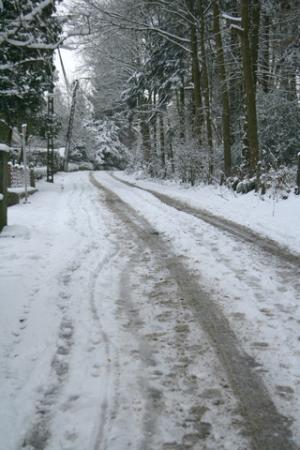 With the road surface temperatures likely to remain well below freezing for the remainder of this week, Cheshire East have informed us that all resources will be focused on dealing with the effects of the severe weather conditions.

Gritting began across Cheshire East at 6pm on Friday December 17th with principal routes now having been treated seven times, covering 6,000 miles of highway and using over 1,000 tonnes of salt.

Cheshire East have announced that all available vehicles are in operation at the current time, gritting on a priority basis and in accordance with the council’s winter policy.

All "A" roads and designated routes to A&E hospitals are top priority, followed by other major commuter roads or “B” roads with all other carriageways only being treated to remove ice or snow after the priority routes have been treated, when snow or ice is likely to persist for a continuous period of 24 hours.

Cheshire East currently have 7 to 14 teams treating footpaths and they are expecting a delivery of a further 750 tonnes of salt over the next 48 hours.

Councillor Rod Menlove, Cabinet support member with responsibility for the Environment said “ I am confident our Highways service are doing all they can to clear our roads during these severe weather conditions. In addition to this, we are focusing on footpaths to ensure the safety of pedestrians at this time.”

“I urge everyone to take extra care over the coming days. Leave plenty of time for your journey and do not hesitate to contact our Highways service if you have concerns about local roads. The priority at this time is to ensure all major routes in and out of Cheshire East are as safe and clear as possible.”

Thanks to Councillor Marc Asquith for kindly sharing this information.

Ricky Lee
I was driving back using the A34 all the way from Manchester to Alderley Edge on Sunday afternoon.

It took us over 2 hours to get home. But I have to say, the areas which were managed my MCC, there was next no grit on the roads, many cars were sliding everywhere.

Once we drove past Parrs Wood, the roads were much better.

David Clark
The pavements in the Alderley village are like an ice rink having not been treated since snow first fell on Saturday. It is an absolute disgrace. Shame on the Council

Lisa Reeves
I completely agree, the pavements in the village are dangerous. I was struggling yesterday pushing the buggy with one hand whilst firmly gripping my 4 year old with the other hand. She nearly went over a couple of times and an elderly couple were really struggling outside Barclays.

It was the same in Grove Street, Wilmslow on Monday morning. It was like an ice rink but that was gritted Monday afternoon.

I spent some time trying to get information from the Cheshire East website last night and have just phoned the Highways department. Gritting of the roads takes priority but I have completed an enquiry form which should be sent to an inspector, and hopefully a team will be sent out to grit the pavements.

Ricky Lee
David,
If you travel up the A34, all the way into Manchester, then you can tell the road is world apart with regards to being treated or not.

Of course in the perfect world we would have more grit, snow poughs, clear pavements, All the A and B route are snow free and all the side roads are cleared.

With regards to the Alderley Village, perhaps the shops should do something about it themshelves.

That's also can be said about all the side road, if every household would use bush and shovel to clear the snow/ice/slush in the afternoon then the road and the pavement will be in a better condition.