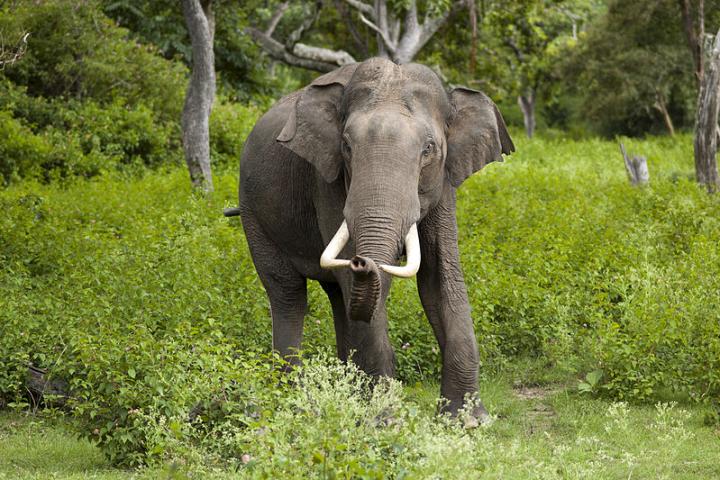 I always thought cabin fever was a phrase used to describe fur trappers in the frozen tundra driven indoors by inclement weather, the isolation of early American settlers or anyone who knows Ben Fogle.

I now know it applies to naïve unsuspecting males who believe they will leave hospital after knee replacement surgery ready to resume normal life as I did recently.
Whilst realising that driving was out of the question I expected to be fully mobile albeit with the assistance of crutches.

What planet was I on? I couldn't even change my own socks.

Walking the dogs was a pipe dream and Murphy was already miffed that I forgot to save him my old knee. Discord, pain and discomfort was my daily routine until Mrs B offered to give me a 'refreshing shower.'

Suckered in by her seductive suggestion I hung onto the towel rail anticipating a fountain of soap suds and scented candles. What I got was Mrs B sluicing me down with a hose while scrubbing my back with a long stiff brush.

It was most unpleasant. Mrs B kept yelling at me to 'keep still." Had she had a bucket I'm sure she'd have filled it with cold water and thrown it over my head.

I felt like an Indian elephant rewarded by its keeper following a long day in the jungle clearing logs.

Suddenly I was aware just how much assistance I needed to do the most menial tasks. Getting into bed was a nightmare. After several attempts at swinging my legs up onto the bed I began to wish I was an elephant and could simply lie down on a bed of straw.

Once on the bed I had no means of picking up the bottled water I'd dropped on the floor and found myself insanely longing for a trunk to curl around the Evian. (I knew then this elephant envy had to stop.)

It's not easy for a hyper-active individual like myself to be confined to barracks and even worse when that confinement involves pain and discomfort.

I found myself constantly asking Mrs B to get me another cushion, rug or a stool for my feet.

She appeared to be coping very well until now when I overheard her telling her sister she had ordered me an 'electric chair as a surprise.'

I'm hoping for a recliner but just in case... you are my insurance.

Sue Joseph
Sorry to hear that Mrs B is suffering,....and you of course. Only comfort is it will get better, and the weather is horrible at present. Be patient or it will take longer to recover. Recliner chairs are great for providing optimum comfort.
Don't forget the aqua therapy when the Dr says ok.